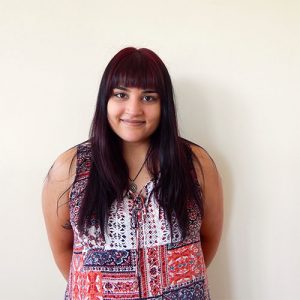 Amber-Dawn Davison is new to Carleton University, and is extremely excited to be entering her first year of the Masters of Journalism program, where she will be focusing on scientific journalism. She received her BA Hons in Political Studies from Queen’s University in 2013, and has since delighted in using her degree to prove pedantic points on the Internet.

This past year, Amber-Dawn had the opportunity to work with Elections Canada at National Headquarters during the 2015 Federal Election, and spent six months with the Office of the Information Commissioner of Canada as a research analyst. She worked closely with a public affairs team on affairs to do with both domestic and international open government policy, freedom of speech practices, and access to information laws. This summer, Amber-Dawn worked at the PetSmart PetsHotel and played with puppies all day, every day.