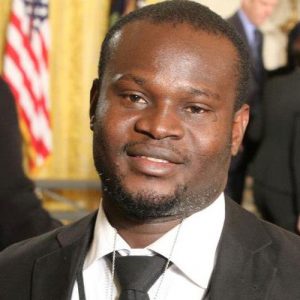 Eddie Ameh, as he is affectionately known, was a columnist for the campus newspaper The Communicator and presenter for the school’s television. After completing his degree in 2012, he took an internship with the Scripps Howard Washington Bureau, where he covered U.S president Barack Obama’s second inauguration and events at the White House as well as high-profile hearings at the U.S Capitol and the Supreme Court. He is eager to learn more and return to his native Ghana, where he hopes to contribute his quota to the development of Africa’s giant of media freedom.