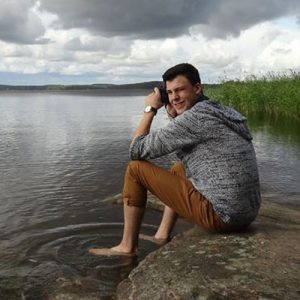 From a very young age Andrew knew that he wanted to write. He initially dabbled in prose, and upon attending Wilfrid Laurier University in pursuit of a Double Major in English and Film, he realized that his true passion lay in written accounts of live events, interviews, and broadcasting. Over the next four years, Andrew dedicated himself to improving his craft by writing for the Life and Arts section of The Cord, which saw him conduct interviews with notable musical acts, as well as travelling to Sweden on exchange to study Swedish film and the documentary film format. In addition, Andrew lent his time during the summer to TSN Radio 1050, where he was a radio broadcast intern, which saw him develop a skillset in audio and visual editing, website management, and social media operation. At Carleton, Andrew hopes to further his journalistic knowledge and awareness, while investigating how the sport of basketball has become a global phenomenon and a quintessential example of how sports can serve as a lens for telling unique, human, and revelatory stories. He can’t wait to begin this next chapter of his life and to meet his upcoming peers!