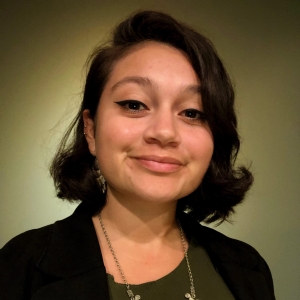 Cassandra was born and raised in Ottawa and graduated from the University of Toronto with a B.A. in International Relations and a double minor in Latin American Studies and German Studies. It was during her time in Toronto that she noticed the wide emotional gap that exists between Canadians and the outside world. She realized that a more intimate approach to foreign reporting was needed to ultimately enrich day-to-day conversations on global issues.

Set on bridging that gap, albeit on a very very small scale, she hosted and produced the very first season of the Latin American Studies’ student podcast at the University of Toronto. In her last year of undergrad she even traveled to Chile, recorder in hand, to conduct independent research on a controversial immigration law and sought to interview anyone and everyone who would speak with her. These experiences showed her the insight one can gain from simply asking someone to tell their story and confirmed in her mind that journalism is the right path for her. She is particularly drawn to the investigative aspect of journalism and hopes to become a global reporter specializing in Latin American issues. She is excited to embark on her journalistic journey at Carleton, a school that she chose for its reputation.

When she isn’t frantically typing on her computer, you can find her frantically biking across Ottawa. Some of her calmer interests include making jewelry, reading and running.