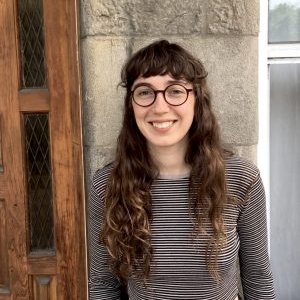 Viviane Fairbank is a writer and editor based in Montreal. She has written, edited, and fact-checked for several publications, including The Walrus, Harper’s, NPR, the Literary Review of Canada, Reader’s Digest, TVO, Toronto Life, and Smithsonian—and she was nominated for Best New Writer at the 2017 National Magazine Awards. Viviane worked as the associate editor and head of research at The Walrus from 2017 to 2019, during which time she wrote the official version of The Walrus Fact-Checking Guide, trained dozens of fact-checkers, and led the magazine’s successful application to the international Trust Project. Viviane has spoken on several panels about the importance of magazine fact-checking, and she has guest lectured about fact-checking, ethics, and longform writing to journalism students at Ryerson University, Carleton University, the University of King’s College, and the University of Toronto. In partnership with Allison Baker, Carleton University’s Future of Journalism Initiative, and The Walrus, Viviane is a 2021 Michener-L. Richard O’Hagan Fellow, working to produce a free, digital curriculum and a book about fact-checking longform journalism in the post-truth era.