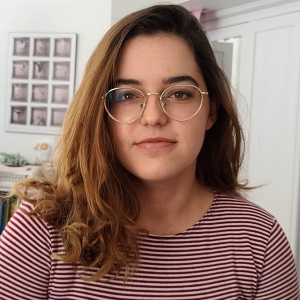 Born and raised in Thornhill, Jaimie grew up an avid reader, finding escape in the pages of books at a time when she herself struggled to speak. While dealing with Selective Mutism for much of her childhood, she found respite in storytelling, books, music, and ballet, finding other ways to express herself. Eventually she began to write, inspired by her mother, and Jaimie found a passion for critiquing the arts, and in 2017 was chosen as 1 of 8 young writers to participate in the Emerging Arts Critics programme. This program, along with writing for the TD Toronto Jazz Festival the following year, gave her the experience, drive, and confidence to pursue a career in Journalism. Jaimie recently completed her undergraduate degree at the University of Guelph-Humber where she received an Honours Bachelor of Applied Arts in Media and Communications Studies and a Diploma in Media Communications. She gained a deeper passion for video and video editing and hopes to bring these skills to her upcoming program, along with a focus on the arts, while also delving into themes of gender, sexuality, disability, and the intersection and interaction of these topics. While not in school, Jaimie loves to bake, read, watch movies and tv, and teach herself a myriad of crafts, with recent interests focused on knitting, sewing, and calligraphy.