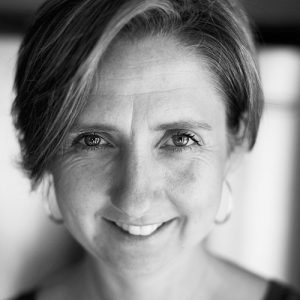 Over her 16 years at CBC, Sarah did just about every job from reporter to documentary maker to producer. She had a hand in many of the major series and programming events at CBC Ottawa including producing the province-wide Thanksgiving program The Homecoming Show, coordinating and producing Size Matters, a weeklong series on obesity for both CBC Radio and TV, and creating All in a Day’s Canada Reads Literary Salon, a two-hour radio program that gathered Ottawa’s most influential literary figures to talk about books, the creative process and all things literary. Today, when she isn’t teaching, she is a freelance journalist and communications consultant with her company Sarah MacFadyen Communications (www.sarahmacfadyen.com).