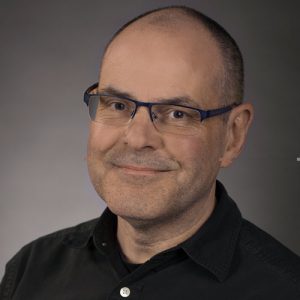 Dan Pihlainen has been working in broadcast news since 1998. As a radio news reporter at CFRA, he won an RTDNA (Association of Electronic Journalists) regional award in 2007 for his work covering the re-dedication of the Vimy Memorial in France. Dan has also worked in television news as an assignment editor and news producer for CHUM Television (The NewRO). Dan joined the Algonquin College Radio Broadcasting program as a teacher in 2007 and was named coordinator of the program in 2009. He is the immediate past president of BEAC (Broadcast Educators Association of Canada).