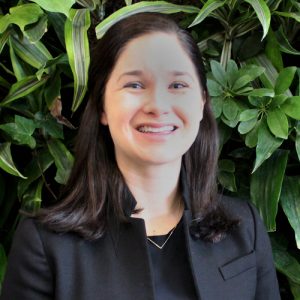 Sarah E.K. Smith is Assistant Professor in Communication and Media Studies, and affiliated faculty in the Bachelor of Global and International Studies (BGInS) program. She is a Fellow of the Canadian Global Affairs Institute and a founding member of the North American Cultural Diplomacy Initiative (NACDI), a multi-disciplinary partnership of academics, policymakers, and practitioners interested in interrogating and advancing cultural diplomacy. Smith completed her Ph.D. at Queen’s University and subsequently worked as Curator of Contemporary Art at the Agnes Etherington Art Centre. Prior to joining the School of Journalism and Communication she held a SSHRC Postdoctoral Fellowship with the Transnational Studies Initiative at Harvard University and a Banting Postdoctoral Fellowship in the Department of English and Film Studies at the University of Alberta. In 2015, Smith was the Fulbright Visiting Research Chair in Public Diplomacy in the Annenberg School for Communication and Journalism at the University of Southern California.

Smith’s research addresses visual culture, contemporary art, and museums. Her writing has been published in journals including TOPIA: Canadian Journal of Cultural Studies, Journal of Curatorial Studies, and Journal of Canadian Studies. She is the author of General Idea: Life & Work, published in 2016 by the Art Canada Institute. This open-access peer-reviewed monograph argues for the significance of the work of the artist collective General Idea (comprised of Jorge Zontal, AA Bronson and Felix Partz). In the book, Smith traces the group’s influence on queer representation, as well as the impact of their work on the global AIDS pandemic. Smith also highlights General Idea’s role in shaping the Canadian cultural scene, addressing how they advanced other artists’ works in their publication FILE Megazine, and through Art Metropole, the artist-run centre they founded in 1974—one of the first in the country.

Smith is completing a book on culture and free trade in North America (under contract with University of British Columbia Press). This book takes on the task of revising the dominant perception that culture is absent from free trade histories. It brings together a series of exhibitions to argue that art was in fact used to promote the seeming inevitability of North American unity in the late twentieth century. In the book, Smith suggests the significance of contemporary art production in the period, revealing how contemporary artists engaged with, debated, and reflected on free trade in their work.

Working with Dr. Greig de Peuter (Wilfrid Laurier University), Smith is engaged in oral history interviews and archival research to understand the trajectory and impact of the little-known Independent Artists’ Union (IAU). A significant case of collective organizing among artists in Canada, the IAU was a labour organization of artists that was active in Ontario in the 1980s.

Smith is currently completing a SSHRC-funded study of UNESCO’s Museums Division. Other projects on cultural diplomacy include an ongoing collaboration with Dr. Sascha Priewe (Royal Ontario Museum) addressing the dimensions of museum diplomacy.