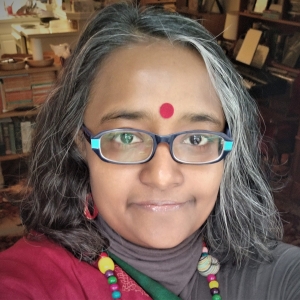 Born and raised in Bangladesh, Tamanna pursued higher education in business administration in the early 2000s but did not find her calling until the end of 2009. She realized journalism is her forte, after contributing to the weekly magazine of The Daily Star, a leading English newspaper in Bangladesh.

She joined the paper in 2010 and moved to the newsroom as a reporter in 2013. Three years later, she had to quit her job and emigrate to Canada to be with her husband. Though she tried her luck with a couple of survival jobs in the new country, her love of journalism never went away. In 2019 while visiting her home country, she accepted a temporary job as a sub-editor at her former workplace. She soon realized the need for academic and advanced knowledge to continue working as a journalist, especially in Canada and decided to pursue a master’s in journalism at Carleton.