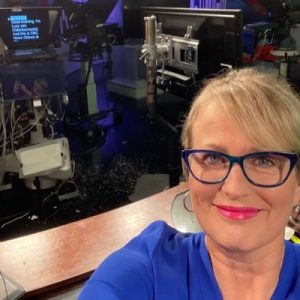 Lucy van Oldenbarneveld came to Ottawa in 2003 to work as a writer-broadcaster and host of CBC Radio’s Ottawa Morning, after reporting for Deutsche Welle in Germany. Prior to that she worked at CBC Whitehorse, and spent a year working in China. In 2006, Lucy left radio for the bright lights of television, becoming the host of CBC News at 6, where she was eventually joined by co-host Adrian Harewood. She retired from CBC last summer to pursue other projects. As a side note, Lucy has a Hollywood connection. She has been known to portray journalists on the big screen, as she did in the 2019 movie Long Shot, starring Seth Rogan and Charlize Theron, and in the 2016 film Arrival, starring Amy Adams, Jeremy Renner and Forest Whitaker.