Connie Lazore was recently re-elected as District Chief of the Tsi Snaihne district of the Mohawk Council of Akwesasne, which lies between the U.S. and Canadian border. 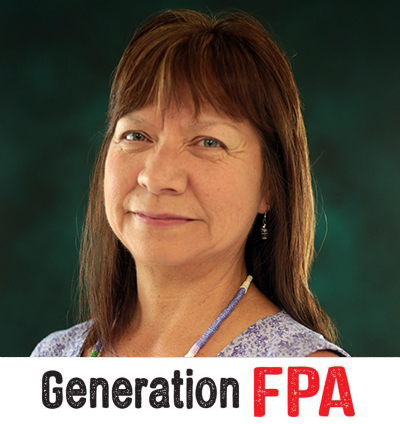 This was the second time you were elected as a district chief in Akwesasne. What prompted you to run for the position?

I had worked for the Mohawk Council for 27 years, but I was motivated to run for office when I experienced a property issue. I could see that our community laws weren’t being enforced and I thought the only way to change it was to be part of the change—so I ran for district chief.

What attracted you to the Indigenous Policy and Administration program?

When I was elected, I didn’t know what was expected of me. The orientation package focused on what departments did in the organization, but I needed to know my role and responsibilities as a leader. A friend of mine told me about the program, so I enrolled in the first course and halfway through it, I asked to get into the second course right away.

You found it relevant?

It was immediately applicable. I didn’t know how I would do all six courses while adjusting to my new responsibilities, but I realized I needed all of them because I was using them at work. I learned how to look beyond the bottom line of an audit, how to work with a large budget, how to negotiate with the federal government and much more. Most importantly, I learned how to be a leader. That program gave me a lot of confidence. Now, when I speak as a leader, I only speak about what I know, I keep learning and if I don’t know something, I find it out.

It sounds like your experience is having an effect on the Council as a whole.

It is. For example, we were planning for a meeting with a federal department that will have an impact on our community, I raised my hand and said we should ask for a benefits impact agreement (BIA). The Council’s executive director gave me a surprised look and asked me where I learned about that and I said with a smile, “I had to go to school for that.”

I also realized that we needed to create an orientation package to help the incoming Council understand their roles and responsibilities. We spent the past year creating it, based on the work I learned in this course. So I’m pushing it forward.

What advice would you offer others working in Indigenous organizations?

I recommend the IPA program to everyone, especially if they are considering a role in their community. I learned more about my community by taking these courses and, more importantly, I learned how to represent as a leader.