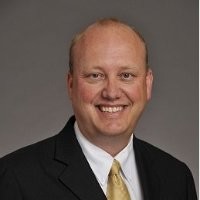 George Zegarac, Deputy Minister of Training, Colleges and Universities, was awarded the 2018 Bissett Award for Distinctive Contributions to the Public Sector. He graduated from Carleton University with a Master of Arts in Public Administration in 1986, following an Honours Bachelor’s degree in Economics and Political Science from McMaster University.

Before joining OMAFRA, George was the Assistant Deputy Minister for the Strategic Planning and Elementary/Secondary Programs Division of the Ministry of Education, as well as for the Community Health and Integrated Policy and Planning Divisions in the Ministry of Health and Long-Term Care. In 2006, he was the recipient of two Amethyst Awards for his role in major health care initiatives.

George was presented the Bissett Award at the 2018 SPPA Gala. In his remarks, he spoke of his experience at Carleton as a critical foundation for his career success. An eye for the importance of data – something that Carleton helped him foster – he explained, was vital for the work he did in the Ministry of Health and Long-Term Care on the question and challenge of access to medicine in rural Ontario.

The Bissett Award celebrates our distinguished alumni and is named in recognition James (Joe) Bissett – an alumnus of SPPA – for his contributions to the public. In 1956, Mr. Bissett became one of the first students to graduate from Carleton with a Master of Arts in Public Administration. Joining our earlier graduates from the Diploma in Public Administration, he became part of tradition of dedicated public service that is continued by more than 3000 alumni. James Bissett has had a long and distinguished career in public service in both the Canadian and International contexts, thereby reflecting both the Canadian and International dimensions of our program.