Where are they now? PhD in Public Policy Alumnus Umut Riza Ozkan 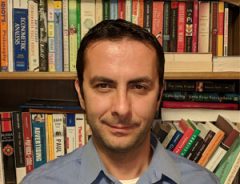 Umut Riza Ozkan completed his PhD in Public Policy in 2012. Under the direction of Professor Rianne Mahon, his thesis focused on social security and labour legislation reforms in Turkey.  Since 2016, he has been an Assistant Professor at the School of Industrial Relations at the University of Montreal.

Umut is working in three areas of employment policy: unemployment compensation, labour law reform and immigrant integration policies. The first area is the emergence, development and reform of unemployment benefit systems.  For example, he recently wrote an article about such systems in emerging economies. His second line of research examines the political economy of labour law reforms in an attempt to understand the interaction between international organizations and national actors. He currently has a SSHRC-funded project on labour legislation reforms in Turkey and Argentina. Finally, he has written on policies to integrate immigrants into the labour market, including the recognition of skills acquired abroad and difficulties in accessing employment. In addition to these three areas of employment policy, he has also worked with Prof. Stephan Schott on sustainable development in the Arctic.

In his spare time, Umut enjoys walking his dog Lola. He also likes cooking internationally-influenced meals at home. During the summer, he enjoys canoe camping with his friends as well as spending time at the family cottage.