Building a Roadmap for Canada’s North 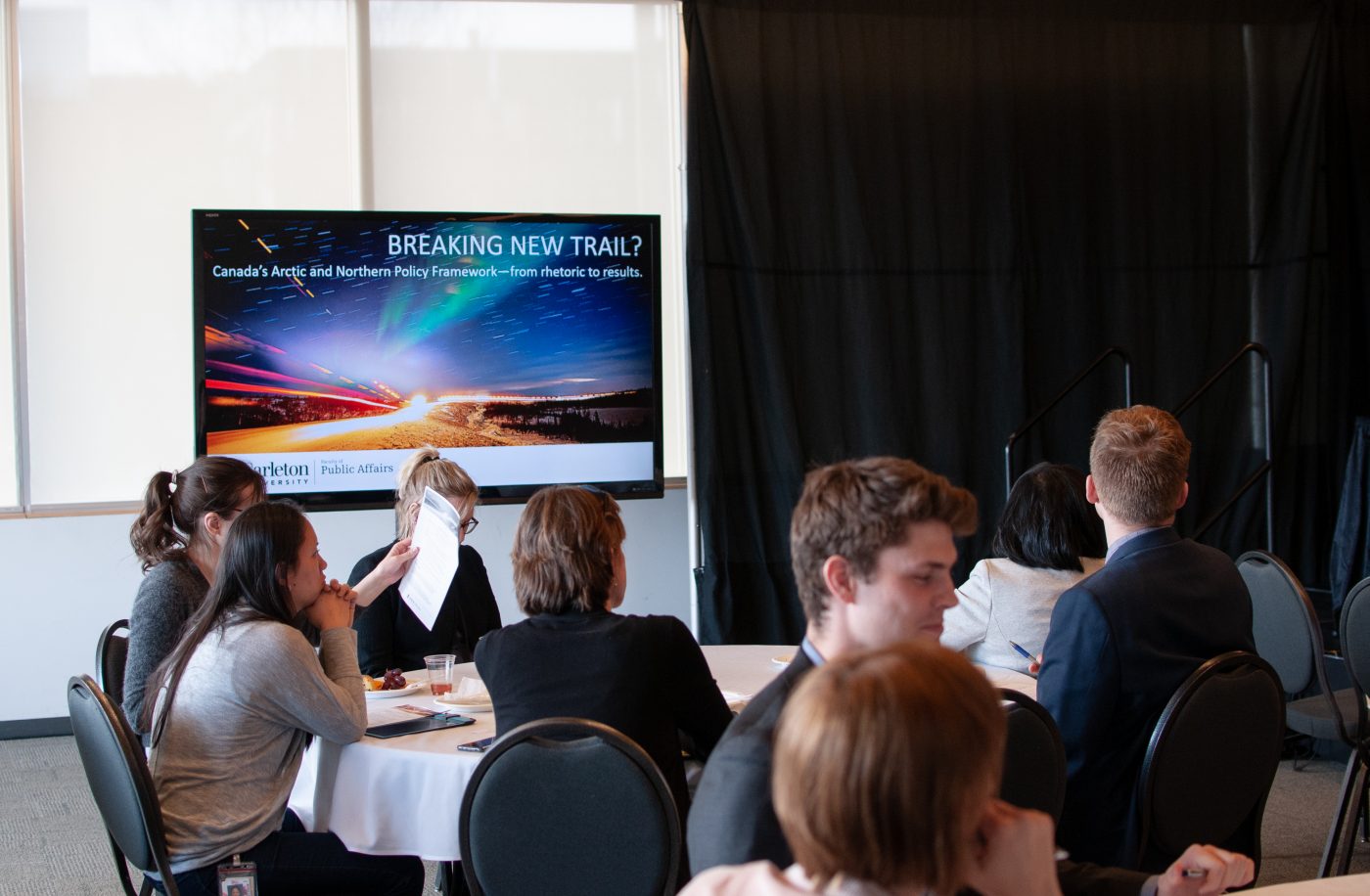 Canada’s Arctic region may be home to less than one percent of Canada’s population, but it is garnering great international interest.

A recent conference at Carleton University entitled “Breaking New Trail? Canada’s Arctic and Northern Policy Framework—from rhetoric to results” demonstrated that interest with a broad range of discussions and participants.

They included representatives from the Northwest Territories, Nunavut and Yukon, as well as public servants and academic researchers interested in the region. The conference also welcomed a number of diplomats from arctic countries, including Norway, Denmark, Germany, and Russia. 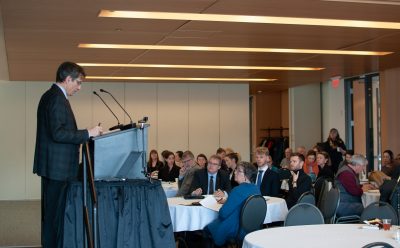 “The Faculty of Public Affairs was pleased to host this timely discussion on the future of Canada’s North,” said André Plourde, Dean of the Faculty of Public Affairs. “The upcoming release of the federal government’s ‘Arctic and Northern Policy Framework’ provides an excellent backdrop for the discussions held at this conference. It is my hope that this event established a foundation for future collaborations on these issues.”

The purpose of the gathering was to consider the six sections of the Canadian government’s new Arctic and Northern Policy Framework and to recommend a way forward. Participants broke into groups led by experts from the North to discuss the themes. Graduate students took notes and compiled the discussions for a plenary presentation at the end of the day

“We wanted to inform participants, give them the opportunity to engage with the central themes of the framework and to explore the connections among the themes,” explained Katherine Graham, a Professor Emeritus and the conference organizer. “I think we were successful. There were many discussions on resource development, the environment, and a healthy future for Indigenous people and northerners generally.” 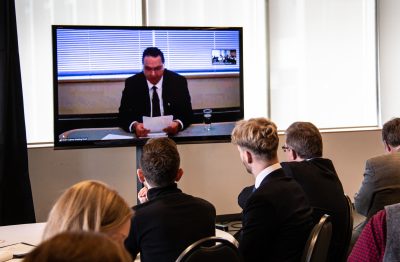 “This demonstrates that the Government of Canada understands our priorities in transportation, employment, lower energy costs, and lower cost of living,” said Schumann, who added that each territory has unique challenges. “But we need to stop thinking that this will only do something for northerners. We have to see that it will impact the future of all of Canada.” 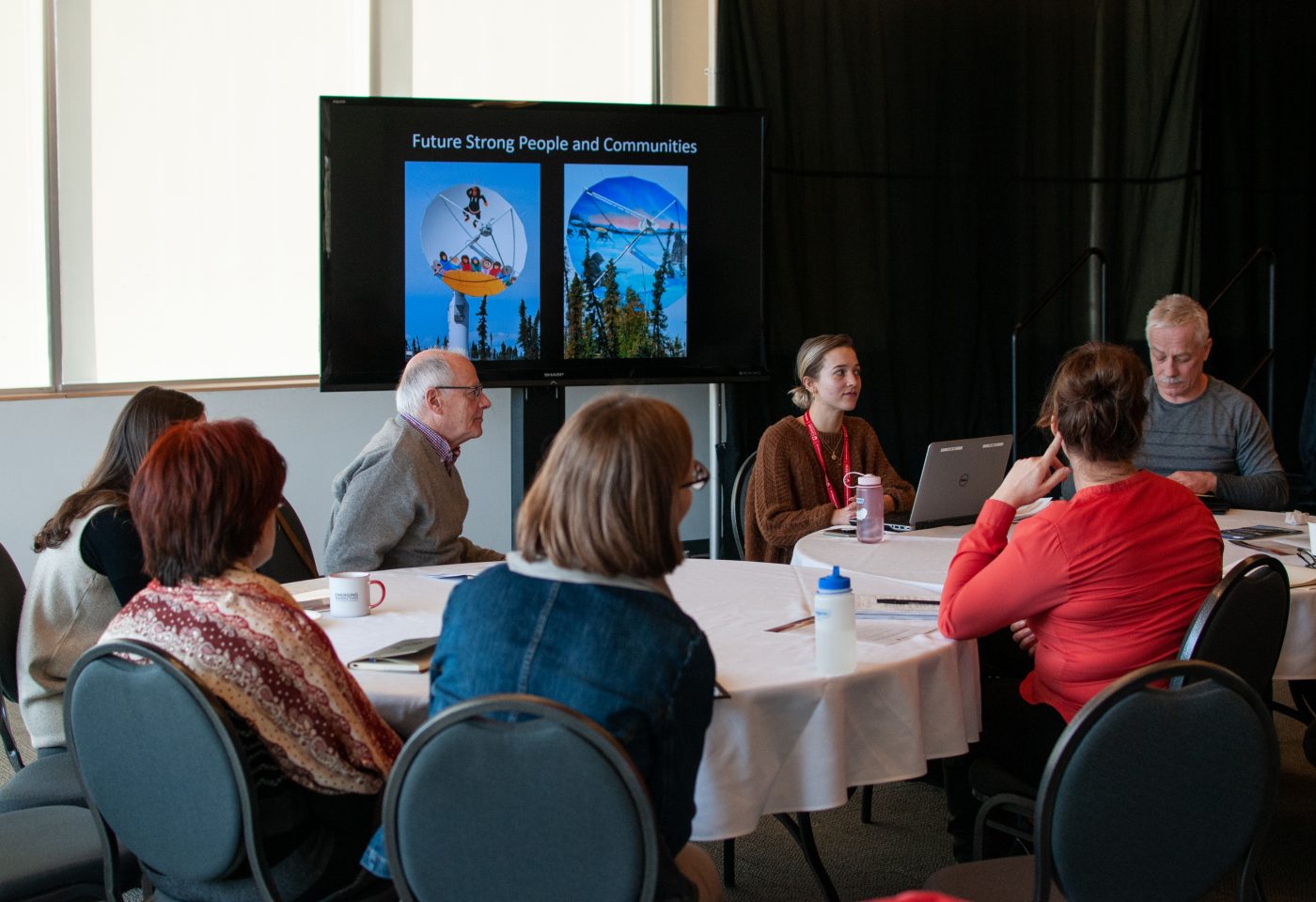 A breakout group meets during one of the sessions.

As the discussion groups convened following the keynote, a number of important topics were covered.

Participants discussed this theme under the guidance of Joe Dragon from the Department of Environment and Natural Resources of the Northwest Territories and Professor Chris Burn from Carleton’s Department.of Geography and Environmental Studies. The facilitator was Alexandra Mallett, a professor in the School of Public Policy and Administration.

One of the major concerns was the Northwest Territories’ vulnerability in the face of climate change, including:

Participants in this session considered the question, “How do we make research relevant to Northerners and more Indigenous and community-led?”

The discussion was co-led by Sarah Kalhok Bourque, Assistant Director, Arctic Science Policy Integration, Crown Indigenous Relations at Northern Affairs Canada. She was joined by Scot Nickels, Director of Inuit Qaujisarvingat: The Inuit Knowledge Centre. The facilitator was Frances Abele, a professor in the School of Public Policy and Administration.

The group identified a number of themes, including:

The Arctic in a Global Context

This group considered the role of provincial, territorial and Indigenous governments in shaping Canadian international priorities, as well as whether sufficient attention is paid to Arctic security and sovereignty.

They were co-led by Jutta Wark, Director, Nordic and Polar Relations at Global Affairs Canada. She was joined by Shaleen Woodward, Deputy Secretary, Indigenous and Intergovernmental Affairs, Executive and Indigenous Affairs at the Government of the Northwest Territories. The facilitator was Jean Daudelin, a professor in the Norman Paterson School of International Affairs.

Among the themes considered by the group were: 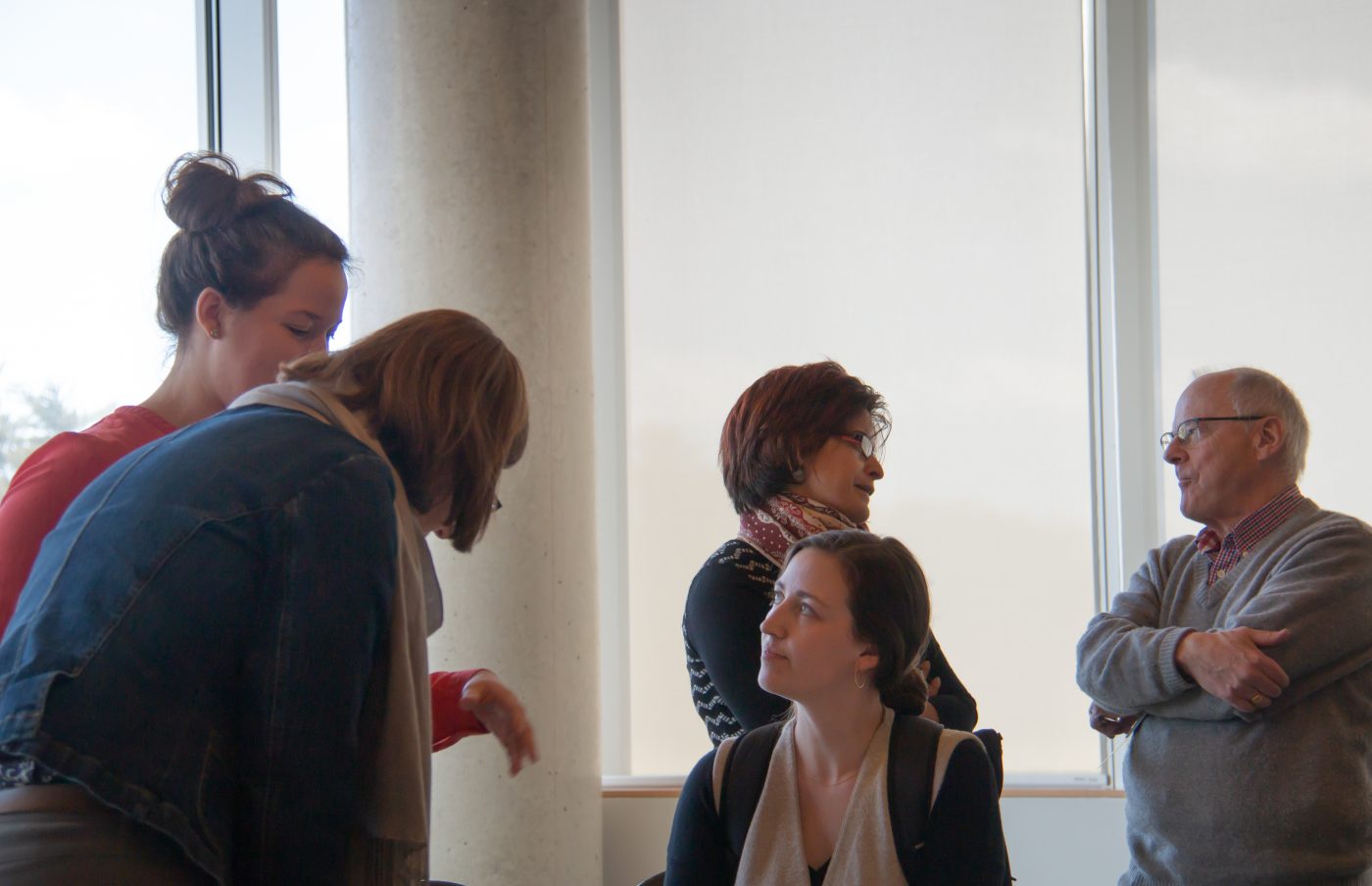 Participants chat during a coffee break.

Participants in this discussion asked what is at stake for Canada and what strategies are needed to secure resources. The group was led by John Vandenberg, Assistant Deputy Minister, Programs and Services, Department of Infrastructure for the Government of the Northwest Territories. The facilitator was Catherine MacQuarrie, Deputy Secretary, Federal Engagement in the Department of the Executive and Indigenous Affairs for the Government of the Northwest Territories.

The participants raised a number of points, including:

This discussion was led by Barbara Dunlop, the Director of Policy, Planning and Communications in the Department of Economic Development in the Yukon. Her group discussed how to position the North as a source of wealth and economic advantage for Canadians. The facilitator was Katherine Graham, Professor Emerita and conference organizer.

This group discussed both how the Government of Canada can support Northerners and the potential for Northern economies to be a net contributor to the economy. It was led by Peter Clarkson, Director of the Beaufort Delta and Sahtu, Department of Executive and Indigenous Affairs, at the Government of the Northwest Territories. The facilitator was Hugh Shewell, Director of the School of Social Work.