How to Fix the Climate? Accelerated Societal Change

From FPA’s “Another Take: A Researcher’s Perspective on the News” 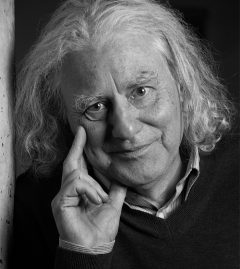 “The Liberals released a platform that committed Canada to achieving net zero greenhouse gas (GHG) emissions by 2050. In other words, balancing any remaining carbon emissions with carbon removals,” he notes. “This marked the first time that a party in government has stated clearly that dealing with climate change requires driving GHG emissions to net zero.”

While the platform attracted both complaints and cynicism, Meadowcroft was struck by what it represented: a necessary shift in thinking.

“Once we recognize that fact, it becomes clear that we need dramatic changes in our major systems of social provisioning— the socio-technical systems that allow us to move around, shift freight, generate electricity, live in cities and produce food,” he explains. Today all these systems are dependent on inputs of GHG-emitting fossil energy.

Meadowcroft recently co-launched The Transition Accelerator, an organization that hopes to accelerate that change. They collaborate with groups around the country to solve major business or social challenges while significantly cutting greenhouse gas emissions.

“We’re engaging with stakeholders to co-develop transition pathways that connect where we are today with visions of a better future,” explains Meadowcroft. “We then build them out through pilot projects, social experiments, and policy reforms.”