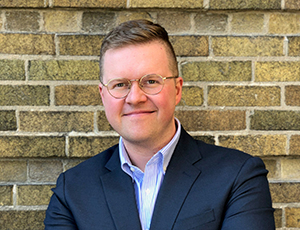 The School is pleased to announce the appointment of Dr. Jerald Sabin as an assistant professor with responsibilities to the Master of Public Policy and Administration concentration and graduate diploma in Indigenous Policy and Administration (IPA). Dr. Sabin graduated from the University of Toronto in 2016, after which he held a SSHRC post-doctoral fellowship at Western University and then an assistant professorship at Bishop’s University.

“We are thrilled to have Dr. Sabin join the School,” explained School Director Graeme Auld. “He brings exciting strengths to the School that support the continued development of IPA program as well as supporting teaching and research in Canadian public policy and administration.”

Dr. Sabin’s scholarly agenda considers how the relationship between Indigenous and settler peoples shape Canadian political institutions, intergovernmental relations and policy processes. This work asks a critical question: In the context of (re)emerging Indigenous systems of law and government, what is the future direction of liberal democracy in Canada? A related secondary research agenda explores how other identity groups – such as those based in race, religion and sexuality – shape Canadian public policy and government.

His current projects include funding through a SSHRC Partnership Grant and SSRHC Explore Grant and involve community-led and community-engaged research on Indigenous electoral systems.

“I’m thrilled to be joining such a dynamic community of scholars and students,” Dr. Sabin said. “The School is the first and oldest of its kind in Canada. Carleton’s thoughtful efforts to support renewed relationships among Indigenous and settler governments builds upon the School’s strengths and I look forward to contributing to those efforts.”