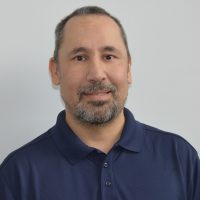 Craig Brown is a contract instructor in SPPA’s Indigenous Policy and Administration program. He graduated with a BA (Hons) from Trent University’s Native Studies program with a specialization in Native Management and Economic Development in 2001. In 2003, he attained his Master of Arts in Public Administration from SPPA.

Since that time, Craig has worked exclusively in management, consulting and executive positions with and for First Nations. He owns and operates Migizi Management Services — a management consulting company focused on Indigenous community development, nation building and planning. He also facilitates workshops and training for the Aboriginal Financial Officers Association.

Craig is a member of Wasauksing First Nation (WFN) and from the Marten Clan who has traditional responsibility for community development and strategic planning. Craig was the Chief Executive Director of his home community from March 2014 to July 2020. During this time, the community has successfully ratified its Land Code, the Anishinabek Education System and also its own Constitution. In 2019, Wasauksing became the 17th First Nation Government in Canada to receive its Financial Management System Certification from the First Nation Financial Management Board and also implemented a 2019 property tax and property transfer tax regime to tax non-member interests on Wasauksing land through the authority of First Nation Fiscal Management Act. WFN was also successfully in adding a Primary Health Care team to the First Nation service model along with installing a fibre optic cable home-to-home in the community.

Prior to joining WFN, Craig worked as the Band Manager for Shawanaga First Nation and also spent over five years with Canada Mortgage and Housing Corporation (CMHC) as a Senior Advisor for Aboriginal Housing. As Senior Advisor, he was responsible for managing the program delivery of the Section 95 Non-Profit Housing Program and all on-reserve renovation programs for the Ontario region. During the five years at CMHC, Craig helped to inject over $190M of funding for new housing construction and renovation projects on-reserve in Ontario. He was also the CMHC Ontario lead for the management and delivery of CMHC’s Canada Economic Action Plan (CEAP) programs for which CMHC was awarded a Spirit of Excellence Award from the Ontario Federal Council for public service excellence. Craig has also worked as a management consultant with a focus on business planning, managed a community owned business for several years and is a past Director of the Waubetek Business Development Corporation.

In his spare time, Craig enjoys being a father, playing sports and coaching minor hockey and softball.