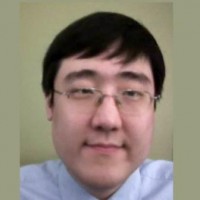 Byoungjun Park is a Ph.D. candidate in the School of Public Policy and Administration at Carleton University. He is researching politics and economics of infrastructure financing in Canada and around the world. The research specifically focuses on the emergence of pension funds as the main alternative source of financing infrastructure projects in recent years and how the political considerations and the pursuit of economic and financial value for money have changed the modes of financing infrastructure.

Other areas of research in the past include the regional funding distribution of Canada`s Economic Action Plan and examining the possibility of political influence (also published as a chapter in How Ottawa Spends 2012-2013), the historical changes in the Equalization program and their impacts on the federal and provincial governments, and the tobacco tax and other potential revenue-raising options for Aboriginal governments (both assignments in the Government of Ontario).

Prior to beginning the Ph.D. program, he graduated from Ryerson University with MA in public administration and University of Toronto with Honours BA in history and political science.