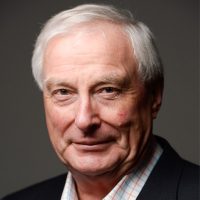 Dr. Robert Slater is currently Adjunct Professor in Environmental Policy at Carleton University. He is also President of Coleman, Bright and Associates, a consulting firm that operates internationally specializing in Sustainable Development issues and a Senior Fellow with the International Institute for Sustainable Development. Dr. Slater occupied several senior positions at Environment Canada, including Senior Assistant Deputy Minister, Assistant Deputy Minister Policy, Assistant Deputy Minister Environmental Protection, and Director General for Ontario Region at Environment Canada. He was instrumental in establishing the NRTEE and the International Institute for Sustainable Development, and played a lead role in the Acid Rain Agreements, Canada-US Accord on Air Quality, and 1990 Green Plan. He led preparations for Canada’s role in the UN Conference on the Environment (“Earth Summit”) in Rio de Janeiro in 1992. He was responsible for legislative initiatives leading to the Canadian Environmental Protect Act (CEPA) and the Species at Risk Act (SARA) and led development of regulations limiting lead in gasoline and bringing auto emissions standards in line with those in US.

He also chaired the International Joint Commission’s Great Lakes Water Quality Board from 1976 to 1982. Before joining the public service, he was co-founder of Pollutech, an environmental consulting company. Dr. Slater was awarded the Order of Canada in 2009.