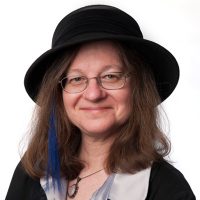 Paula Speevak is president and CEO of Volunteer Canada after serving as the Director of Applied Research and Public Policy since 2010. Previously, Paula was Managing Director of Carleton University’s Centre for Voluntary Sector Research and Development. Most recently, she served as principal investigator for the pan-Canadian study on volunteerism, Bridging the Gap: Enriching the Volunteer Experience to Build a Better Future for our Communities (2010). Since 2006, she has taught undergraduate courses in Governance in the Voluntary Sector and Community Service-Learning, at the University of Ottawa, and a graduate course in Non-Profit Management, in the School of Public Policy and Administration at Carleton University. Paula has collaborated with several community-based and academic researchers, including Volunteer Ottawa, to explore the impact of the relationship between Executive Directors and boards of directors on organizational stability (2005), and Strategic Leverage Partners on The National Study of Board Governance Practices in the Non-Profit and Voluntary Sector. Other research studies include Setting the Table for a Stronger Voluntary Sector in Ontario (with Susan Carter in January 2007), and An Inventory of Initiative, Programs, and Policies that Drive the Communities Agenda in Canada (with Emily Hayes in February 2007), a Community Resiliency Activity Book (with Rick Hutchins, 2008), and a Case-Writing Handbook (2009). Prior to her focus on applied research, Paula enjoyed a 24-year career as a practitioner and senior manager in the non-profit and voluntary sector in both institutional and communitybased settings, in Montreal, Ottawa, and on pan-Canadian initiatives and holds a Master of Management Degree from McGill University in the McGill-McConnell Program for National Voluntary Sector Leaders.