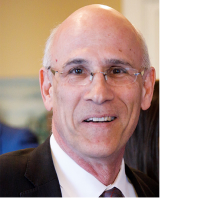 Michael Wernick retired in 2019 after a 38 year career as one of the key leaders of Canada’s world class federal public service, which culminated in his appointment in 2016 as the 23rd Clerk of the Privy Council and Secretary to Cabinet. As Clerk he helped the Prime Minister and his new government implement its agenda and as head of the public service drove a renewal agenda, tabling four annual reports on the state of Canada’s public service.

With 28 years as an executive in the federal public service, including 17 years in the community of Deputy Ministers, and three as Clerk, Michael is one of Canada’s most experienced and influential public sector leaders. He appeared frequently at Parliamentary Committees, participated in dozens of intergovernmental and international meetings, and spoke at many conferences. Michael worked closely with three Prime Ministers and seven Ministers and attended close to 300 meetings of Cabinet and its committees. He was the key public servant at Privy Council Office in three transitions of Prime Minister.

As a Senior Strategic Advisor to MNP Inc and a Fellow and Adjunct Professor of the Carleton University School of Public Policy and Administration, Michael now provides advisory services and mentorship to emerging leaders and to new generations of students.