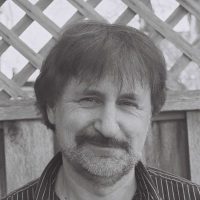 Aaron Doyle loves to teach; his two favourite areas of study are criminology and media sociology. In class, he often draws on his previous experiences as a reporter covering crime. Among his colleagues, Aaron is well known for his numerous awards, which are a testament to his dedication to and talent for teaching.

Aaron was nominated by his students for the CUSA Teaching Excellence Awards, which he won in 2003 and 2004. He was a finalist for the Capital Educators’ Award in 2005, and won it in 2006. Though, to his undergraduate students, he may be better known for his strange and impressive ability to remember all of their names, even in classes of 100 or more.

Aaron’s teaching emphasizes enthusiasm and passion for the material; he is as supportive and encouraging as possible with his students. He fosters critical thinking and ties the course material in with students’ own lives. These are unforgettable traits of a profound educator and Aaron’s passion for teaching transcends through each of his students.