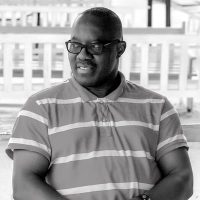 Professor Nduka Otiono has taught in the Institute of African Studies at Carleton University since 2012. He obtained his PhD in English from the University of Alberta where he won several awards, including the Izaak Walton Killam Memorial Scholarship, and was nominated for the Governor General’s Gold Medal for academic distinction. He held a one-year postdoctoral fellowship at Brown University where he was also appointed a Visiting Assistant Professor.

In 2016, he won a Capital Educators’ Award recognizing his outstanding achievements as an educator in the Ottawa area. Nduka leads his classroom like African theatre, where everything is transactional and interactive between the students and teacher. He also uses creative projects to help students with different talents have the opportunity to engage fully in the course material. Through Nduka’s encouragement, his students created the Carleton University Institute of African Studies Undergraduate Conference.

Also a writer, Nduka is author to numerous award-winning books and poems.