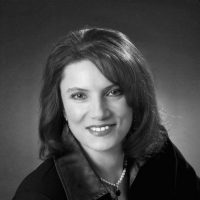 Robynne Neugebauer’s passion was to seek social justice for the vulnerable, the disadvantaged and the persecuted. It was a philosophy that encompassed her research, her writing and her teaching.

Since she passed away suddenly in 2007, her presence has been deeply missed by her colleagues and her students, both at Carleton University and York University.

Robynne joined Carleton’s Department of Sociology and Anthropology in 2001. Only three years later, in 2004, she won a Capital Educators’ Award. A few years later, in 2007, she was also nominated for a YWCA Women of Distinction Award.

Robynne was a gifted and passionate teacher, scholar and author. As is obvious from her research interests – justice in policing, justice for indigenous Canadians, violence against women, feminism and anti-racism – Robynne’s push for social justice and change was fierce and genuine.

Robynne was deeply admired by colleagues, students and others whose lives she touched. Her memory and legacy continue to inspire students today through the Robynne Neugebauer Memorial Bursary, an award given annually to deserving students enrolled in the Bachelor of Arts in Sociology program, the Dr. Robynne Neugebauer Social Justice Award, a scholarship for graduates at Toronto’s Marc Garneau Collegiate Institute, and The Social Justice Initiative, an online activist group that works to build a better society in line with her philosophy of social justice.