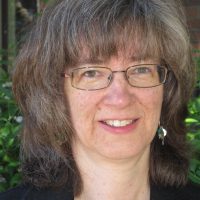 Jo-Anne received her Ph.D. in Psychology in 1988 from the University of Alberta. She began her teaching and research career at Carleton University that same year, and became a full professor in 1997. With an extensive publication list, and speaking and book chapter invitations, Jo-Anne is an acknowledged expert in Mathematical Cognition.

Despite her active research roles, Jo-Anne devotes considerable time and effort to teaching and supervising graduate students. A nomination by her graduate students won Jo-Anne the honour of a National Capital Educators Award in 2004. In 2018 she was honoured to receive a Mentorship Award from WICS Canada (Women in Cognitive Science Canada). She won a Carleton Research Award in 2006. She is the Director of the Institute of Cognitive Science (since 2009).

Language Learning and Math Achievement (LLAMA). The LLAMA project is focussed on the role of language in math learning. This project is funded by SSHRC and collaborators include Erin Maloney (U of Ottawa), Sheri-Lynn Skwarchuk (U of Winnipeg), Helena Osana (Concordia U), Victoria Simms (Ulster University), and Judith Wylie (Queen’s University of Belfast).

Individual and developmental differences in basic arithmetic processes and the role of working memory in mental arithmetic. Funded by NSERC.

Count Me In: Predictors of arithmetic achievement in young children. Count Me In was a SSHRC-funded 6 year longitudinal study, with over 400 children.

Count Me In Publications