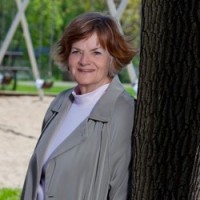 Ann Dale is a Professor in the School of Environment and Sustainability at Royal Roads University. Dr. Dale held her university’s first Canada Research Chair in sustainable community development (2004-2014), is a Trudeau Alumna (2004), and a Fellow of the World Academy of Art and Sciences. Her book, At the Edge: Sustainable Development in the 21st Century, received the 2001 Policy Research Initiative Award for Outstanding Research Contribution to Public Policy. She is a recipient of the CUFA Paz Buttedahl Distinguished Career Academic Award (2014); the Canada Council for the Arts, Molson Prize for the Social Sciences (2013) and the 2009 Bissett Award for Distinctive Contributions to the Public Sector. Dr. Dale is a Board Member of the World Fisheries Trust, an editorial Board member for the journal Environments, and sits on the Energy Advisory Committee for National Resources Canada. She presently leads a major climate change adaptation and mitigation research project in British Columbia, and is a co-investigator on four other SSHRC funded grants. She founded and chairs the Canadian Consortium for Sustainable Development Research (CCSDR), a consortium of all the heads of research institutes across Canada. Professor Dale is also active in the Canadian environmental movement. She founded and chairs the National Environmental Treasure (the NET), a people’s trust devoted to building capacity in environmental non-government organizations. Previously, she was an executive with the Federal Government, and was one of the two public servants behind the creation of the National Round Table on the Environment and the Economy (NRTEE) in 1988.

Her research focuses on the dynamic relationship between agency, social capital and sustainable community development, place-based and virtual communities, community vitality, innovation and adaptive governance, and biodiversity policy. She is a leader in the country on internet research dissemination, and on-line real time e-Dialogues.