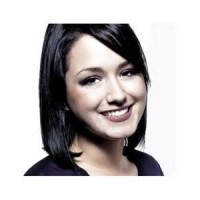 Gina Parker is a graduate of Carleton University where she studied Biochemistry (2014). Throughout her time at Carleton, Gina served as the Faculty of Science representative for CUSA and shortly after became the association’s Vice President Student Issues. Taking a health based approach to the position; Gina was able to proactively address issues such as Substance Use, Suicide Prevention, Mental Health and Mental Illness, and the destigmatization of HIV to the entire university community.

Gina is currently serving as a Production Supervisor for the Specialty Diagnostics Group at Thermo Fisher Scientific (MBD Canada) which manufactures diagnostic tools for hospitals and researchers. In her capacity as Production Supervisor, Gina is responsible for a team of over 30 technicians, employee engagement and the creation of a standardized company wide training program.

Outside of her work, Gina is extremely passionate about health policy and is currently working alongside various stakeholders to have Canadian Health Policy align with scientific fact. She thoroughly enjoys public speaking and has been invited to speak at Kiwanis Key Club Luncheon (“The Power of Passion”, 2014) and the Carleton University Relay for Life (“Big Impact”, 2014).

Due to her dedication to OneMatch Stem Cell and Marrow Network, Gina was recognized for her outstanding contributions and excellence in recruitment to blood and tissue donation in Canada in September 2014 when she was awarded the prestigious Schilly Award by Canadian Blood Services.