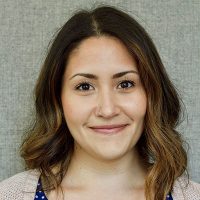 Title of MRE: The Mass-Production and Consumption of Religious Mythology in the Graphic Novelization of the Bible (a historical study of Protestant production and responses to images and popular culture)

Current/Future Plans: I am currently a second-year PhD student in the Department for the Study of Religion and the Book History and Print Culture program at the University of Toronto. My research area is Religion, Media, and Culture in North America, with a particular focus on Christian approaches to visual and biblical rhetoric. My current work expands on my interest in Bible comics, but is more methodologically concerned with comparative visual and textual analyses as well as conducting ethnographic work on the production processes of such texts (i.e., marketing, publishing, and editorial decisions on what to draw or write, include or exclude). I am also committed to participating in the debate on the public relevance of religion scholarship, the ways in which our research may/may not contribute to public understandings of religion, and the potential for translating our research into (popular) media.