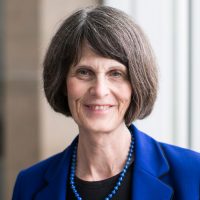 Joan DeBardeleben (Ph.D., University of Wisconsin, 1979) is a professor in the Institute of European, Russian and Eurasian Studies, and in the Department of Political Science at Carleton University. She was awarded a Jean Monnet Chair for the period 2011-2104 and in 2016-2019, with the focal point being the EU’s relations with Russia and the Eastern Neighbourhood. She is founder, former Director, and currently Co-Director of Carleton’s Centre for European Studies (CES), a Carleton University Research Centre focusing on European affairs. CES currently hosts a Jean Monnet EU Centre of Excellence.

Prof. DeBardeleben heads the Jean Monnet Network on Canada-EU Relations: The EU and Canada in Dialogue, selected for funding by the Erasmus Plus program for three years, beginning in September 2017. From 2013-2015, Prof. DeBardeleben was a partner on a Jean Monnet Multilateral Research Group “EU-Russia relations: Developing a transnational perspective”. She is also Director of the Canada-Europe Transatlantic Dialogue, a research network involving Canadian experts on the EU from across the country and collaborators from EU member state countries; the project was funded by the Social Sciences and Humanities Research Council of Canada from 2008-2017.

Professor DeBardeleben‘s current research relates to EU policies toward Russia and the EU’s eastern neighbours, as well as the impact of the Ukraine crisis on EU policy in relation to Russia, in terms of energy issues, and in the field of security. This research receives support from the Social Sciences and Humanities Research Council of Canada.  She also conducts research on Russian politics, currently on regional elections.  She has an extensive publication record, including three books, eleven edited or co-edited volumes, and numerous journal articles and book chapters. Her articles have appeared in leading journals such as The British Journal of Political Science, Europe-Asia Studies, East European Politics and Societies, and European Political Science Review. She currently holds an Insight Grant (2016-2021) from the Social Sciences and Humanities Research Council of Canada, on the topic of The European Union’s Eastern Policy and the Ukraine Crisis: Causes and Impacts.