As an undergraduate in political science at the University of British Columbia, Stuart Strang was looking for a graduate program that would enable him to focus on Europe, but also pursue a future career in the public service.

One of his professors recommended Carleton’s Institute of European, Russian and Eurasian Studies (EURUS).

“Not only is it one of the best European Studies programs in Canada, but the co-op opportunities were a big draw,” says Strang. “My hope was to find a career in public service.”

But Strang’s first priority was research. He began his degree in Brussels, where he conducted research funded by the Jean Monnet Centre of Excellence at EURUS.

“I spent a month doing research at European institutions as well as several think tanks,” recalls Strang, whose work formed the basis of his Master’s Research Project. “Being able to talk to EU bureaucrats and being in the heart of Europe while writing a paper on European integration was a cool experience. I also created a network of colleagues and friends across Europe whom I am still in contact with.”

Strang also credits the program’s skills and career development course for helping him succeed in his co-op at Global Affairs Canada.

“I found that it helped prepare me for applying to co-ops,” he explains. “They brought in public servants to walk you through the process and conduct mock interviews, which helped me quite significantly.

After completing an eight-month co-op with Global Affairs Canada, Strang achieved his goal: he was named a manager in the International Platform Branch, which supports missions and staff abroad. 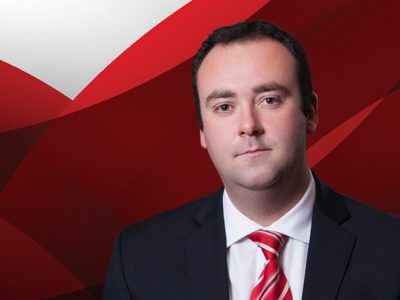