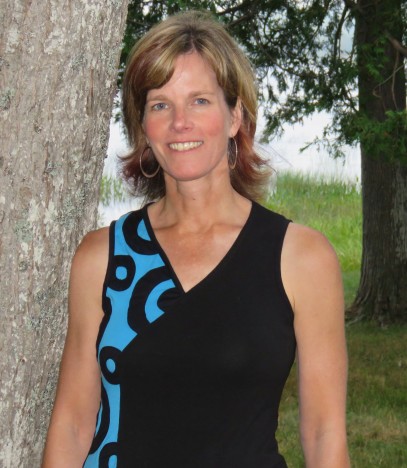 Dr. Karen Kidd is a prominent ecotoxicologist specializing in the effects of human activities on aquatic ecosystems. She holds a Canada Research Chair in Chemical Contamination of Food Webs (Tier I) and was recently named Jarislowsky Chair in Environment and Health. She is a professor in the Department of Biology and School of Geography and Earth Sciences at McMaster University.

Karen visited Carleton on November 29th as part of the Dr. Fred Michel Environmental Science Seminar Series to tell us about her recent work studying the direct and indirect effects of estrogen (as found in hormonal birth control pills) in aquatic food webs. This research experiment took place in the Great Lakes Experimental Area and involved a number of different agencies, including Fisheries and Oceans Canada, the University of Manitoba, Environment Canada, and several other government departments collaborating over a timespan of several years. While the study was centered primarily on the impacts of chronic estrogen exposure on the fathead minnow and a few other food web organisms, the results carry sobering implications for the health of aquatic ecosystems located downstream from municipal wastewater treatment plants.

Many of the drugs we use end up in our sewage after being excreted in our urine and feces, and not all are broken down and removed through the wastewater treatment process. The issue of estrogen contamination of aquatic ecosystems came to light after a British study found that 100% of male fish in certain rivers were exhibiting signs of feminization – smaller gonads, the production of the egg yolk protein precursor vitellogenin (only typically found in females), and even the formation of eggs. The culprit was determined to be exposure through the gills to synthetic hormones, natural estrogens and anti-androgens (endocrine-disrupting compounds designed to mimic natural hormones and interfere with hormonal processes such as ovulation or menopause) in wastewater. Similar studies have been performed around the world since, and the feminization of male fish was found to be an issue in Canada as well, particularly in systems where there is low wastewater dilution, poor wastewater treatment, and a large human population.

A male greenside darter with signs of extreme feminization. The yellow orbs seen growing in the white tissue (its testes) are eggs. (University of Waterloo)

Why was this experiment performed?

Existing studies had linked estrogen to the feminization of male fish, and laboratory experiments had determined that estrogen is very potent – it does not require large amounts to cause a feminization response. But the purpose of Karen and her colleagues’ experiment, whereby an entire lake was dosed with estrogen, was to determine the consequences for the male fish themselves: could they still successfully reproduce, or would populations start to decline?
The experiment was conducted in Lake 260 of the Great Lakes Experimental Area, which was established in 1969 and is comprised of 58 designated research lakes and their watersheds. The internationally recognized experimental area – which was once run by Fisheries and Oceans Canada, controversially defunded by the Harper government in 2012, and ultimately adopted by a consortium of provincial governments, non-profit organizations, universities and private-sector companies – is most famous for its work in identifying phosphorus as the cause of eutrophication of Canadian waters and getting phosphates removed from household products, and its contribution to the Clean Air Act. Lake 260 was chosen for the experiment because of the presence of fathead minnow (the subject of previous laboratory experiments on estrogen exposure) and top predator, the lake trout.

How was the experiment performed?

The initial stage of the study, the baseline-establishing stage, took place over two years. The species present in the lake were identified, information collected about their population sizes and other factors, and small-scale enclosure experiments were conducted to determine the rate at which estrogen should be added to the lake to maintain target concentrations. In the second stage, estrogen was added continuously to the lake between spring and fall for three consecutive years (2001-2003) using methanol for dissolution and a boat propeller for dispersal. The estrogen was added 3 times a week to compensate for natural breakdown by sunlight and bacteria, and in quantities designed to simulate real wastewater effluent conditions – in this case, enough for a human population about a quarter of the size of Ottawa (the city proper). In the third stage, they stopped adding estrogen to the lake and looked for evidence of either ongoing effects, or recovery. Data was also collected from reference lakes for the entire duration of the experiment, to ensure that changes observed could be attributed to the manipulation and not natural variability. 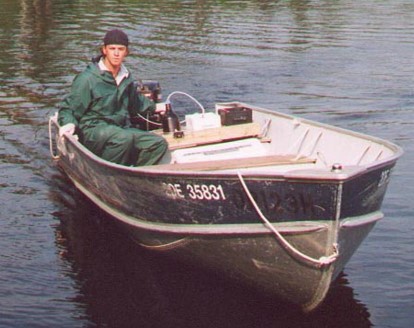 A summer student dispersing the estrogen solution throughout the lake.

What were the results?

The fathead minnow is small and has a relatively short life cycle – it matures around the age of two, reproduces once, and dies. It is an important prey species for other fish, and typically very abundant in Canadian lakes and rivers. But this changed dramatically as the experiment went on.

Physiological response: The Lake 260 fathead minnow population responded to the estrogen at a biochemical level almost immediately, producing much higher levels of vitellogenin in the first year. In the second year, males caught at spawning time had very chaotic testes, a lot of fibrotic tissue and underdeveloped sperm. In the third year, males were developing intersex conditions.

Reproductive response: While good and bad reproductive years are normal, due to food availability and other factors, this population experienced a dramatic reproductive failure. There was an immediate decline in young, followed later by a decline in adults when they naturally died off and were no longer being replaced at the same rate. Males had become nearly indistinguishable from females, and started building smaller nests and exhibiting changing behaviours. This last discovery illustrates why it is so important to perform field studies alongside lab tests: while lab experiments tend to show decreased aggression with the addition of estrogen, the field test showed the opposite. Karen hypothesized that perhaps the males became unable to distinguish between a female intending to spawn, and a male intending to eat their eggs. The population continued to decline for two years after the estrogen additions ceased, and Lake 260’s fathead minnow population nearly went extinct.

Ecosystem response: Effects on other species in the lake were also assessed as much as possible for estrogen impacts. White suckers showed increased vitellogenin, yet egg and sperm development was relatively uncompromised. Pearl dace were affected similarly to the fathead minnows, but the results could not be attributed to the estrogen, as similar declines were also observed in reference lakes. Lake trout showed no vitellogenin response, but the population did decline – this may have been due to the decline in food supply. Only adult lake trout were captured, so it is unknown whether they would have begun to demonstrate estrogen-related physiological changes had the experiment been extended. Several populations of minute and microscopic lake species increased, some within normal expectations and others explosively. While this type of increase could be attributed to greater food availability, this is unlikely, as the composition of the lake community remained the same in terms of variety of species. The more likely explanation is the decrease in predators due to the reproductive decline of several fish populations.

What conclusions can we draw from this experiment?

Fortunately, the effects of estrogen contamination proved to be reversible. Four years after the estrogen additions had ceased, the fathead minnow population had returned to normal both in terms of physiology and population size. They also showed no signs of a genetic bottleneck – an effect whereby a previous sudden population decrease substantially reduces the genetic variability of the new population. Had their extinction been complete, however, the impact on the ecosystem as a whole would have been irreversible. These findings have serious implications for the health of our freshwater ecosystems if we continue to release wastewater back into rivers and lakes without sufficient treatment. The good news is that advanced wastewater treatment technologies can decrease the presence of estrogens in effluents and in turn the presence of feminized male fish in our rivers, as was demonstrated in recent experiments by the University of Waterloo in the Grand River. While the necessary technology exists, advanced water treatment methods are currently for the most part reserved for the treatment of drinking water. Making similar investments in wastewater treatment plant upgrades would be of great benefit to aquatic ecosystem health.