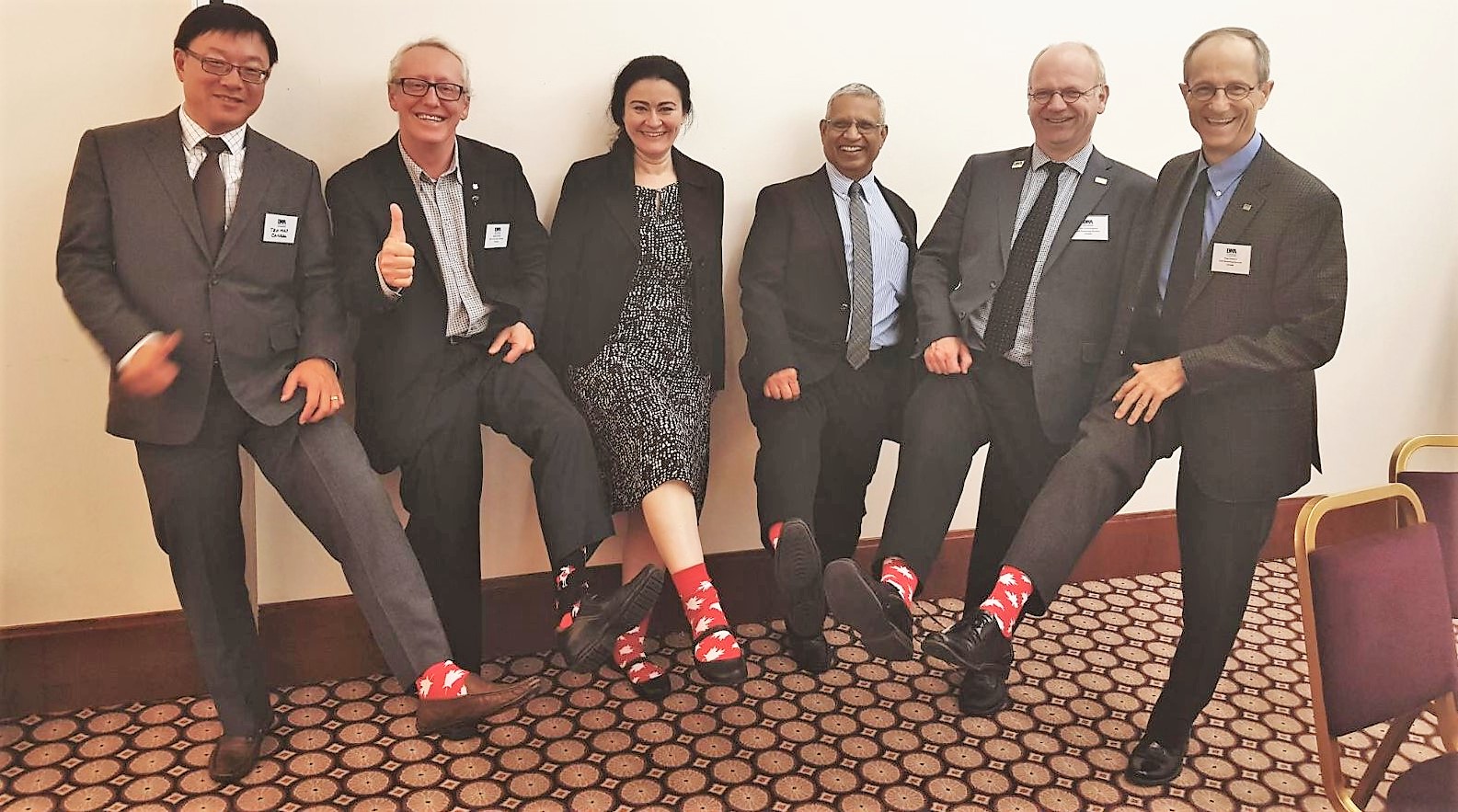 From left to right: Ted Mao from Trojan Technologies, Robert Haller from the CWWA, Banu Ormeci from the Global Water Institute, William Fernandez of Water Treatment & Supply for the city of Toronto, and Peter Vanrolleghem and Yves Comeau from the CAWQ represent Canada at the IWA Board of Directors and Strategic Council meetings in Prague, Czech Republic, September 23, 2017.

The City of Toronto and the Metro Toronto Convention Centre were selected as the site for the International Water Association (IWA) World Water Congress & Exhibition, August 14-18, 2022.

The following is a press release by the Canadian Association on Water Quality (CAWQ).

The IWA Board of Directors met in Prague, Czech Republic on September 22nd to the 24th to discuss several issues, including the selection of the site for their World Water Congress & Exhibition (WWCE). This premier international event draws together thousands of water professionals from around the world every two years; combining scientific, economic and social discussions with a vibrant trade show.

The process began in 2016 when the IWA Board narrowed the search for a site to “The Americas” (North and South). Canada expressed its interest immediately and launched their campaign for “Toronto in 2022” at the WWCE in Brisbane, Australia in October 2016. This was followed by a formal Letter of Intent in early 2017, a full Proposal, a site visit to Toronto by IWA staff and a Final Proposal submitted September 1st, 2017.

A delegation of Canadian water leaders traveled to Prague to make a final presentation to the IWA Board of Directors and then to the IWA Governing Assembly. The presentation covered all the positive points as to why Toronto would be the best site; such as excellent conference and trade show facilities, a full range of accommodations, airports, international access, safety, diversity, tourism and fun. The presenters spoke to the strength of the water community in Canada from utility leaders to academics to the innovation sector. The presentation included letters of support and messages from Prime Minister Justin Trudeau, Premier Kathleen Wynne and a very supportive video from Toronto Mayor John Tory. The presentation also included videos of support from the leaders of the two largest water associations in the U.S. – Eileen O’Neill, Executive Director of the Water Environment Association (WEF) and David Lafrance, CEO of the American Water Works Association. Canada’s bid was formally submitted by the Canadian National Committee of the IWA which is a working coalition of the Canadian Water and Wastewater Association (CWWA) and the Canadian Association for Water Quality (CAWQ). The Canadian delegation to Prague was led by CWWA’s Executive Director Robert Haller and the Canadian presentation team included:

William Fernandes (Toronto Water & CWWA), Peter Vanrolleghem (Laval University & CAWQ), Yves Comeau (Polytechnique Montreal & CAWQ), Banu Ormeci (Carleton University & CAWQ) and Ted Mao (Trojan Technologies). The entire Canadian effort has been supported by Toronto Business Events and the Metro Toronto Convention Centre. The Toronto proposal bid received positive support from all of the IWA Directors and from the 150 representatives in the Governing Assembly. The only real point of contention or concern was the selection of the dates in mid-August. This was seen as a departure from the IWA’s trend for early fall (late September/early October) and competing with the standard summer holiday period. The Canadian team explained that they had carefully chosen these dates to be midway between the AWWA’s June Conference and WEF’s October conference…AND…that it was the best time of the year to visit Canada. The Board of Directors accepted the Toronto bid and the August dates by a unanimous vote which was then endorsed by the General Assembly with all committing to make this a most-successful event. The next step will be for the Canadian National Committee and the IWA to work out the details of a contract to by early 2018. 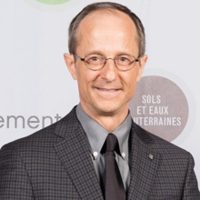 Secretary of the Canadian Association on Water Quality 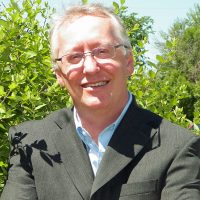 Executive Director of the Canadian Water and Wastewater Association 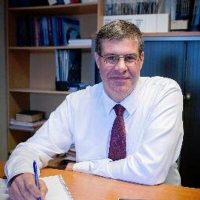 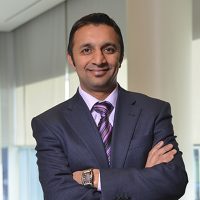 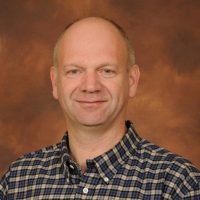 Vice President (Eastern) of the Canadian Association on Water Quality