Water has increasingly become a central theme in global development discourse. Scholars have tied access to safe drinking water to a growing list of development criteria, including health, education, income generation and gender equality. There has also been a shift in the way the issue of water access and water security is discussed. Whereas technology-based initiatives and major infrastructure projects were more heavily emphasized in the past, discussions of effective governance structures based in community participation, decentralized management, and other such ‘soft’ solutions to water access issues have become more prominent in international forums.

Children play soccer on a beach in Tanzania.

Target 7C of the Millennium Development Goals – established after the millennium summit of the United Nations in 2000 – aimed to “halve the proportion of people without sustainable access to safe drinking water and basic sanitation” by 2015. And while this target was met globally, improvements did not occur uniformly across the globe. For the 8th installment of the Global Water Institute’s “Water Conversations” series, we heard from recent Public Affairs and Policy Management graduate Nadia Springle, whose Honours project was an analysis of the reasons why two countries (Ghana and Tanzania) which underwent similar decentralization reforms, with similar policies and institutional frameworks, and have similar climates and rainfall levels and patterns, experienced considerably different levels of improvement to water access. 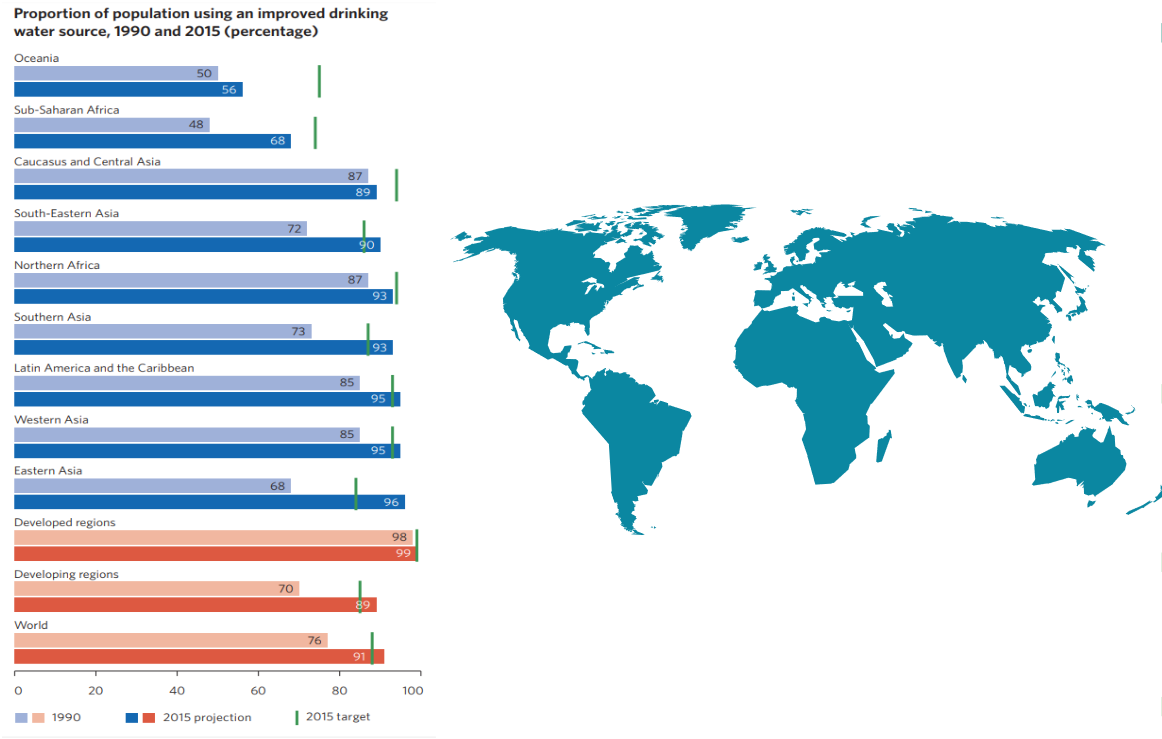 This graph compares the proportion of populations using an improved drinking water source in 1990 and 2005, and the green line marks the MDG target for each region.

Nadia’s analytical framework was based on three factors that affect the performance of decentralized governance systems: power transfers, accountability, and resources.

What “power transfers” refer to:

How resources were defined for the purpose of Nadia’s analysis:

Ghana vs. Tanzania: a side by side comparison

These two countries were an ideal basis for comparison for multiple reasons: 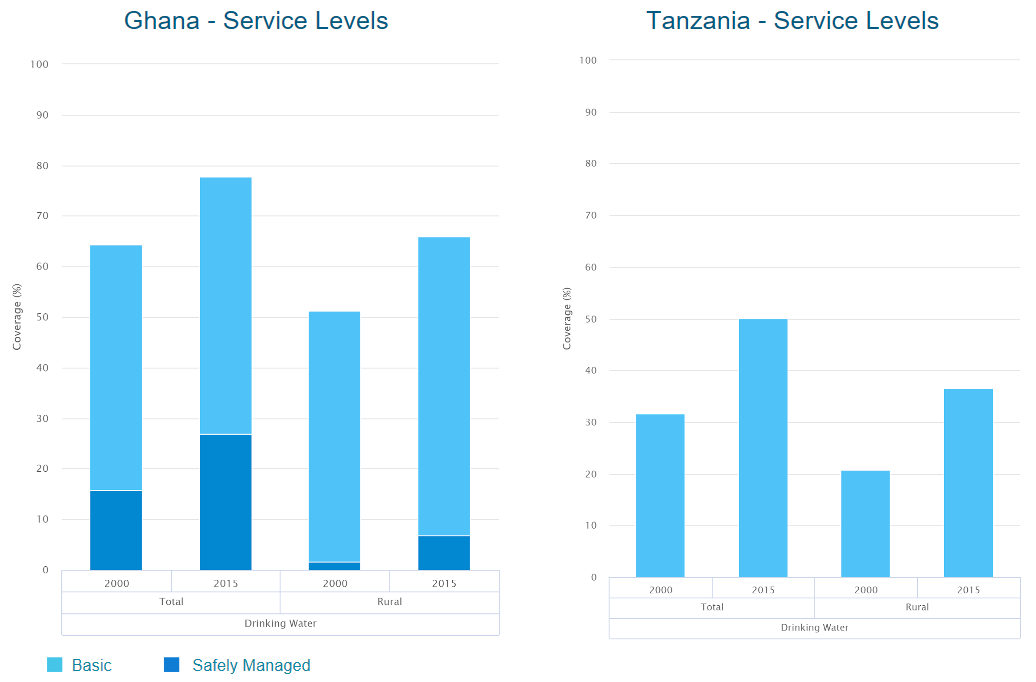 Data from the Joint Monitoring Program run by the World Health Organization (WHO) and UNICEF.

Ghana and Tanzania adopted similar governance structures after decentralization. The institutional levels can be broken down into:

In both cases, national ministries transitioned from service provision to more of a facilitator role, while service provision and management was taken on at the lower levels. The responsibilities assigned to each institutional level was also very similar in both cases. The key difference between Ghana and Tanzania’s post-decentralization structures is that Ghana has a single coordinating agency for all of its subsectors, and this agency is responsible for coordinating and implementing the rural program and distributing resources. Tanzania has no central agency; resources are distributed directly to the district level by the central government.

Both countries also performed similarly according to the analytical metrics which Nadia selected:

Conclusions – is decentralization the issue?

Despite Ghana having higher rates of access to improved water sources, it performed very similarly to Tanzania in the areas examined, and did not significantly outperform Tanzania in the indicators for decentralization. In some cases, Tanzania outperformed Ghana. This suggests that decentralization of water governance structures is not the main factor accounting for differences in access, and such institutional reforms alone are not enough to improve access to drinking water. Furthermore, both countries experienced issues successfully implementing decentralization reforms, and more work must be done on how decentralization is actually implemented, and how it translates to lower levels.

Based on her analysis, Nadia had the following recommendations:

This was the last edition of Water Conversations for the academic year of 2017-2018. Thank you all for joining us in exploring these fascinating water topics, and please join us again in September to hear from Nick Lapointe of the Canadian Wildlife federation about a new marine conservation initiative.