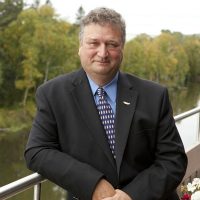 Prior to taking the helm at Lakehead, he served the University of Winnipeg as provost and vice-president (academic) from 2006 to 2010, where he was also a professor in the Faculty of Business and Economics. During his tenure at U Winnipeg, Dr. Stevenson was involved in a significant re-invention and renewal of many aspects of the University including the establishment of a new Faculty of Business and Economics, a new Academic Plan, new graduate programs, the promotion of internationalization, and a new enrolment strategy.

Throughout his career, Dr. Stevenson has built a stellar record of leadership in academia and government; he has held senior positions at a number of high-profile organizations and universities including the federal government in Ottawa, the University of Alberta, and the Organization of American States in Washington. While at the University of Alberta, he excelled at building the institution’s profile around the world. In only five years he was instrumental in increasing international enrolment dramatically and was also responsible for establishing an international residence.

He will be stepping down from his position as Lakehead President on December 31st 2017.

Brian is based in Thunder Bay, Canada.

This professional summary was obtained directly from the Lakehead University website.