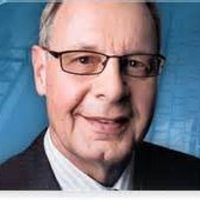 Frank O’Dea is the co-founder of the Second Cup coffee chain, and a humanitarian philanthropist. He co-founded Street Kids International, an organization developed to help homeless children in third world countries, through education and self-reliance programs. He became the founding Chair of War Child (Canada), an organization that provides assistance against suffering and abuse for children in war affected countries. Later on, Frank co-found the Canadian Landmine Foundation, an organization that raises funds and awareness for the dismantling of minefields around the world. He has received two honorary university degrees and is an Officer of the Order of Canada.

Frank is currently working on for-profit affordable housing development projects in Brazil and has launched YP-IT Data, a youth employment enterprise in Canada.

Frank is based in Ottawa, Canada.

This information was obtained from the Dawson College website, where Mr. O’Dea appeared as a speaker. Find out more about Mr. O’Dea at this website, www.frankodea.com.