Adjunct Professor in the Institute of African Studies and Lead Consultant at the SubSahara Centre. Water and international law; river basins cooperative treaties; water basins and conflict with focus on Africa and the Middle East; the Nile basin and tension in the horn of Africa; water structures and the rights of indigenous peoples and communities; tackling diminishing discharge of major rivers; water harvesting; water as a human right,. 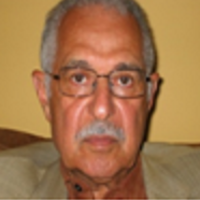 Adjunct Professor in the Institute of African Studies and Lead Consultant at the SubSahara Centre. Water and international law; river basins cooperative treaties; water basins and conflict with focus on Africa and the Middle East; the Nile basin and tension in the horn of Africa; water structures and the rights of indigenous peoples and communities; tackling diminishing discharge of major rivers; water harvesting; water as a human right,.

Tag Elkhazin is an Adjunct Professor at the Institute of African Studies at Carleton University.

Samples of his recent and previously significant research and professional engagement in water issues covered the following areas, projects and themes:

The Great Ethiopian Renaissance Dam (GERD): Current, ongoing research covering: Identifying the GERD in figures and historical Narrative. The legacy, the rights, the benefits of the GERD to Ethiopia, Overview of International Laws governing cross border rivers and non-navigational use of waters. The international laws grid and limitations and GERD in focus. The regional integration and interdependencies dimensions between Ethiopia and regional countries. How can that lead to regional tranquility and security and development? What does the absence of a functional Cooperative Framework Agreement (CFWA) for the Nile Basin mean and the political ramifications. The research results and invited international speakers shall be the subject of a one-day conference at the Institute of African Studies (IAS)- Event to be confirmed.

“The Nile Basin and Tension in the Horn of Africa” is a fresh and rich area for research. The Nile Basin has 13 agreements between 1891 and 1993 (may be more). Its 14th agreement is still brewing although it has become a reality. On Feb 28th, 2011, 6 out of 10 counties signed on the Agreement on the Cooperative Framework. Eritrea (The 11th Country) has a small less that 1% discharge into the Nile but does not want to cooperate with the Nile Basin Initiative. 3 countries have ratified the agreement with its controversial article (14b) that Egypt does not want to see in the agreement. I have done considerable work on this topic and see it as a stand-alone case study. Canada is the father and mother of the Nile Basin Initiative (NBI) that has (mid-wived) the Cooperative Agreement. Sudan, Egypt, Ethiopia and now South Sudan are all entangled in issues sparked by the Great Ethiopian Renaissance Dam (GERD). Work in progress.

“Rights and Obligations of Communities along waterways and infrastructural projects”: Cases along the lower Nile Basin: Research done, and presentation made to Human Rights and African Regional Integration Projects March 5th. 2016

Nile Waters up to 2011 and Beyond: Prospects for South Sudan: Research done in 2012 funded by the Government of South Sudan and the World Bank to research the rights, benefits and possible leverage that South Sudan can have over the Nile Waters.

“Water Management and Food Security” was a research funded by DFAIT (Old GAC) and covered the Eastern Nile.  A full day conference was hosted in DFAIT as roundtable discussion over the findings

“Rainwater Harvesting Structures”: is research and development of operational and cutting-edge teaching modules and templates that has spanned from the mid 80ties to 2015. The end-product of the research is world class templates for survey, study, design and construction of Rain Harvesting Structures (Dams) that can go as big as 500,000 Cubic Meters.

Short Case Study of specific “Basins Treaties”. Example: Danube Protection of 1994 and the Rhine River Protection 1961-2003. They give rich literature and room for studies. Our own Canada-US International Joint Commission (IJC) 1909 is a good example of cooperation. Africa’s 27+ treaties are another area for research and learning. What is working well, what is not working and why and what is work still in progress. Several presentations up to 2014

“Water and international Law”. Agreements and cooperative agreements: From the Helsinki Rules and the 1997 Convention on Water Resources and 1978 Vienna on the Succession of States there is a lot still to be desired in International Law, which is rather weak on water issues for non-navigational purposes. Tag’s extensive literature research and presentations in Africa and Canada focused on the 17 Nile Basin Agreements, the additional 33 African and International notable agreements relating to water for non-navigational purposes and cooperative agreements.

“Water Basins and Conflict”. In 1992-1993 the International Institute for Strategic Studies in London UK issued an Adelphi Paper # 273 on Water and Stability in the Middle East. Brief but interesting to see if wars could erupt because of conflict over water. Tag had considerable input into the young researcher’s work in her chapter on the Nile Basin. With the current wars in the Middle East and Turkey going radical, revisiting the Middle East may be useful. Here we may bring in the principle of “rights and benefits” on which the Nile Basin Agreement (NBI) is based.

Merowe Hydro-Power Dam in Norther Sudan. Massive 1200 Mega Watt Capacity (Now operational in North Sudan). This was World Bank Funded Study and feasibility funded to the tune of US$6.5 million for the study alone.  Tag Elkhazin was the local partner of Montreal Engineering Company (MONENCO). 1989-1993. His engagement and that of his team accounted for 60% of the Person-Months of the consulting contract.

Click here for Professor Elkhazin’s faculty profile, and here for his ResearchGate profile.