Home / News / The Living from the Dead

The Living from the Dead

Stuart’s new book is out!

The Living from the Dead: Disaffirming Biopolitics

A philosophically nuanced critique of biopower, The Living from the Dead is a meditation on life, death, power, language, and control in the twenty-first century. Arguing that biopower can be fully exposed only through an analysis of those whom society has “let die,” Stuart J. Murray employs a series of transdisciplinary case studies to uncover the structural and rhetorical conditions through which biopower works. These case studies include the concept of “sacrifice” in the “war” against COVID-19, where emergent cultures of pandemic “resistance” are explored alongside suicide bombings and military suicides; the California mass hunger strikes of 2013; legal cases involving “preventable” and “untimely” childhood deaths, exposing the irreconcilable claims of anti-vaxxers and Indigenous peoples; and the videorecording of the death of a disabled Black man. Murray demonstrates that active resistance to biopower inevitably reproduces tropes of “making live” and “letting die.” 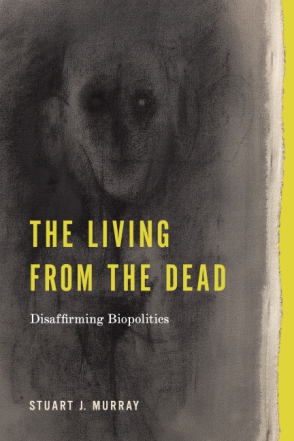