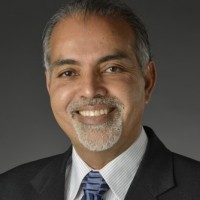 Barj S. Dhahan is Founder and President of Sandhurst Group of Companies, and takes an inclusive and compassionate approach to leadership. He has over thirty years of successful experience in establishing and operating businesses in land development, construction, and food services. Sandhurst Group is also one of the largest Esso (Imperial Oil Limited) dealers and Tim Hortons franchisees in British Columbia.

Barj helped launch one of the first international collaborations in nursing education between Canada and India through the Canada India Education Society (CIES). As Co-Founder and Director of CIES, Barj’s vision and dedication to higher education has helped 1800 young women graduate in nursing in Punjab, India, and 200 of those women now live and work in Canada. In addition Barj has been active in supporting community and rural development with a focus on clean water and sanitation.

Barj is often called upon by different levels of government for advice about expanding relationships with India in trade, investment and higher education. He has been a member of federal and provincial trade missions to India, and has been instrumental in building strategic relationships between organizations in both countries in the education and healthcare sectors.