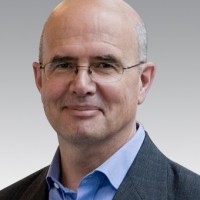 From 2002 to 2004, Mr. Stephenson served as Assistant Secretary to the Cabinet, Economic and Regional Development Policy, Privy Council Office. In August 2004, he was appointed as Ambassador and Permanent Representative of Canada to the Office of the United Nations and to the World Trade Organization, in Geneva, where he served for two years as Chairman of the Non-Agricultural Market Access (NAMA) negotiations, a central component of the Doha Round of multilateral trade negotiations.

Mr. Stephenson held the position of Assistant Deputy Minister, Trade Policy and Negotiations, from September 2008 until his retirement in September 2011. He continues to serve as Canada’s Chief Negotiator for the Canada-India Comprehensive Economic Partnership Agreement and lectures at the Norman Patterson School of International Affairs and the Centre for Trade Policy and Law.