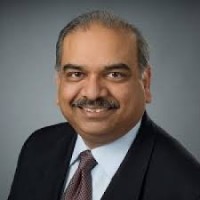 Dr. Nishith Goel is the CEO of Cistel Technology, an Information Technology company he founded in 1995 which has operations in Canada and the U.S. A veteran technology executive and entrepreneur, Dr. Goel is also co-founder of CHiL Semiconductor, IPine Networks, Technologie Sanstream and Sparq Systems.

After his early education in India, Dr. Goel earned his MASc in Electrical Engineering and PhD in Systems Design Engineering from the University of Waterloo. Dr. Goel began his professional career at Bell Northern Research in Ottawa in 1984 before moving on to Northern Telecom in 1988.

Dr. Goel has served on the Board of Directors of Enablence (ENA:TSX-V) from 2007 to April-2011 and on the Board of Directors of Excelocity since 2006. He has also served as a member of the board of directors of the Community Foundation of Ottawa, the Queensway Carleton Hospital Foundation and the Indo-Canada Ottawa Business Chamber (ICOBC). Dr. Goel served as Chair of the Queensway-Carleton Hospital Foundation in 2009-2011, and Chair of ICOBC from 2009 to 2010.

Dr. Goel is currently Chair of the Board of Directors of Queen’s Centre for Energy and Power Electronics Research.