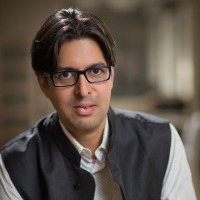 Vivek Dehejia is Associate Professor of Economics at Carleton University in Ottawa, Canada. He holds a Ph.D. in Economics (1995), awarded with distinction, from Columbia University in New York, where his doctoral dissertation was supervised by Professor Jagdish Bhagwati, the celebrated international trade economist. His other advisers included Professor Robert Mundell, the 1999 Nobel Laureate in Economics. Dehejia’s fields of specialization include international trade, economic development, and international macroeconomics. His research areas include the study of globalization and development and the economic development of India. His recent work has focused on the political economy of reform in India. Dehejia has published in numerous academic journals and also is a frequent commentator in print and on TV in India. He is a columnist for Business Standard, a leading business daily in India. He is co-author of Indianomix: Making Sense of Modern India (Random House India, 2012).