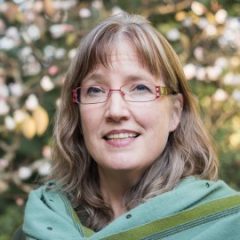 Dr. Anne Murphy is Associate Professor in the Department of Asian Studies at the University of British Columbia and as of July 2017 will serve as co-Director of the Centre for India and South Asia Research in the Institute of Asian Research. Dr. Murphy’s research interests focus on early modern and modern cultural representation in Punjab and within the Punjabi Diaspora, as well as more broadly in South Asia, with particular attention to the historical formation of religious communities and special but not exclusive attention to the Sikh tradition. Her monograph, The Materiality of the Past: History and Representation in Sikh Tradition (Oxford University Press, 2012), explored the construction of Sikh memory and historical consciousness in textual forms and in relation to material representations and religious sites from the eighteenth century to the present. She edited a thematically related volume entitled Time, History and the Religious Imaginary in South Asia (Routledge, 2011).  She has published articles in History and Theory, Studies in Canadian Literature, South Asian History and Culture, the Journal of the American Academy of Religion, and other journals.  Dr. Murphy is currently pursuing research on the history of the Punjabi language and the early modern and modern emergence of Punjabi literature, for which she has received major funding from the Social Science and Humanities Research Council from 2017-22.

Dr. Murphy has initiated an oral history program in the UBC Punjabi program, in partnership with her colleague Sukhwant Hundal (see http://blogs.ubc.ca/punjabisikhstudies), and teaches classes on the vernacular literary and religious traditions of South Asia, South Asian cultural history, and the Punjabi Diaspora. She serves as Chair for the “Religion, Literature and the Arts” Interdisciplinary Program and Faculty Advisor to the “Asian Canadian and Asian Migration Studies” program.

Professor Murphy received her Ph.D. from Columbia University and her Master’s degree from the University of Washington. She previously taught in the Religious Studies and Historical Studies Concentrations at The New School in New York City, and has a professional background in pre-collegiate education and museums. She is from New York City.