Somali Studies in Canada Presents: Somalinimo, Blackness and Belonging in the West 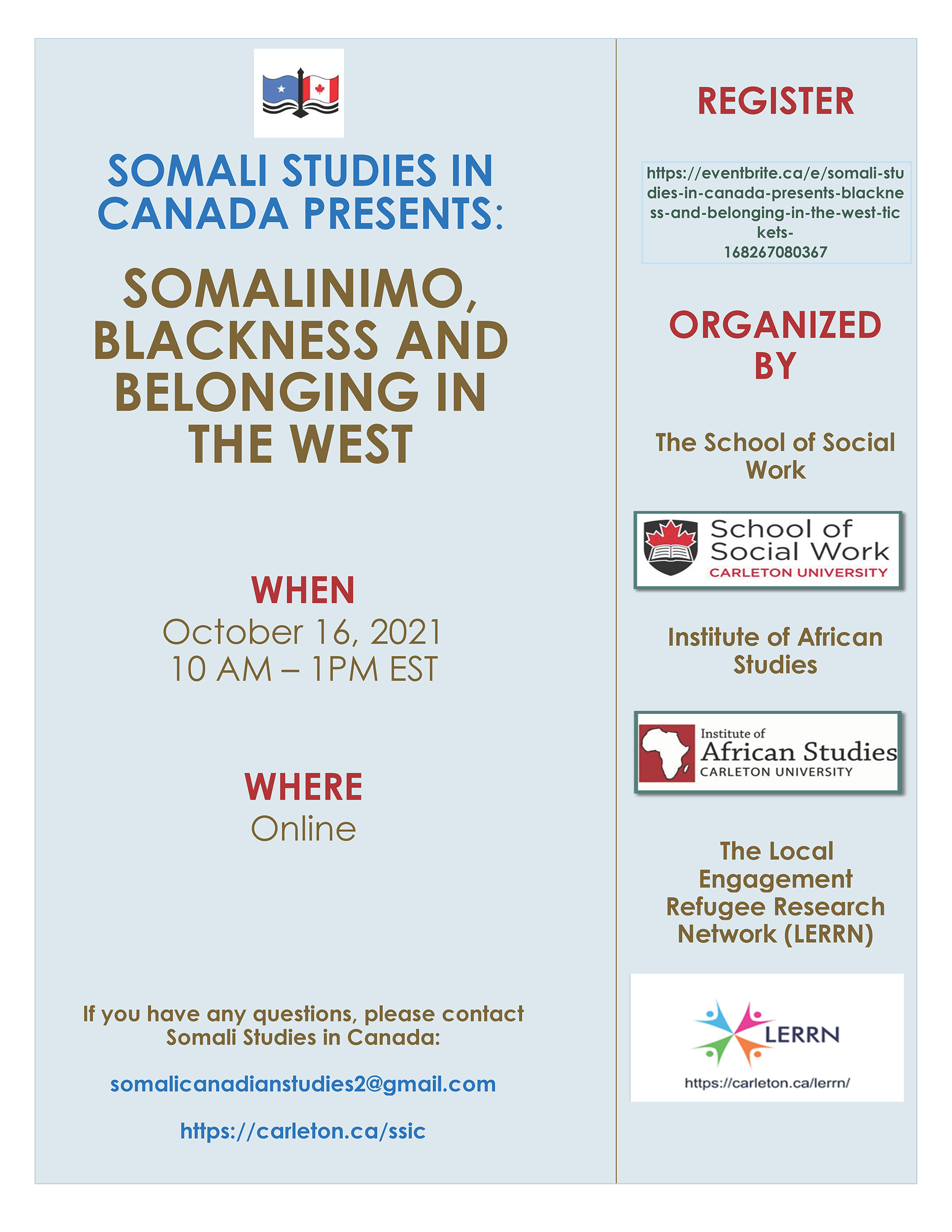 Somali diaspora communities live in sizeable numbers in Canada and most other Western countries. This year’s theme comes in the wake of the Black Lives Matter global protests of summer 2020, which were sparked by the murder of George Floyd in South Minneapolis, a neighbourhood with a large Somali-American community. Somali diaspora communities in Minneapolis, other parts of the U.S., Canada, Europe and elsewhere participated in these popular demands for racial justice for African-Americans and Somalis and other Black communities.

Thinking through Blackness and its intersections at various sites and systems of power will be very productive in charting a new path forward for critically engaged Somali diaspora politics and scholarship. This event is especially relevant for young and emerging Somali diaspora scholars, organizers, and activists aware of these challenges and thinking about what it means to belong to Canada as Black people, as Muslims, as refugees or immigrants, and as second-generation Canadians. Somalis in the United States, the British Isles, Australasia, and continental Europe are also pondering these fundamental questions, which inevitably involve and necessitate a critical re-thinking of Somalinimo (being Somali) and what it means for our organizing and knowledge production.