Hymie Anisman received his PhD in 1972 (University of Waterloo) and has been a Professor at Carleton University, Ottawa, since 1994. He has held an adjunct appointment with the Institute of Mental Health Research (Royal Ottawa Hospital) since 1993. Anisman was a Senior Ontario Mental Health Research Fellow (1999-2006), is a Fellow of the Royal Society of Canada, and held a Canada Research Chair in Neuroscience from 2001-2015 and has since held the position of Canada Research Professor.

The principle theme of his research has concerned the influence of stressors on neurochemical, neuroendocrine and immune systems, and how these influence psychological (anxiety, depression) and physical illnesses including neurodegenerative, heart disease, and cancer progression. His work has spanned studies using animal models to assess stress-related pathology as well as studies in humans to assess stress, coping and appraisal processes. In this regard, he has evaluated the behavioral (PTSD/depression) and neuroendocrine consequences of dating abuse, the impact of chronic strain emanating from discrimination and stigmatization on well-being, depression and PTSD among refugees from war-torn regions as well as among Indigenous groups that suffered childhood traumatization, and the transmission of trauma effects across generations.

In addition to sitting on the editorial boards of several journals and on numerous grant panels, Anisman has published more than 400 peer reviewed journal papers, 40 book chapters, and several review papers within neuroscience, immunity, and psychology journals, as well as publishing 3 textbooks, 1 lay book, and 2 edited books. A mainstay of his Research program has been the training of students. More than 20 PhD and 50 MA/MSc students have graduated from his laboratory. His research has been funded by the Canadian Institutes of Health Research (CIHR), The Natural Sciences and Engineering Research Council of Canada (NSERC), the Ontario Mental Health Foundation (OMHF), the Canadian Foundation for Innovation (CFI) and the Canada Research chairs program (CRC). 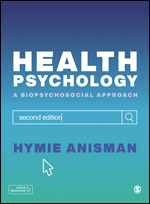 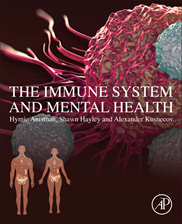