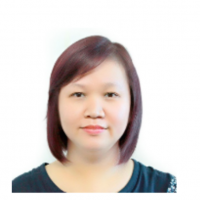 Having been born with brittle bone and confined to a wheelchair throughout her life, Lan Anh Nguyen knows first-hand how difficult life can be for people with disabilities living in Vietnam. Despite her initial dream of becoming an English teacher, whilst at university she realised that her calling was to help people with disabilities to live in a barrier free society. This sentiment went on to become the Vision for ACDC (Action to the Community Development Center) which Lan Anh set up in 2011.

Mrs. Nguyen Thi Lan Anh has 14 years experience working in development especially in the disability field.  Mrs. Lan Anh has a MBA 2012, Advance leadership from Yale University 2015 and a Bachelor of English and Information Technology.  She has participated in special courses in Thailand and short-term trainings in the U.S. Europe and Australia on the rights of PWDs, how to support PWDs, and how to be more inclusive. She holds various leadership positions to enhance the social movement of PWDs in Vietnam, some of which are: Vice Chairwoman of the club for women with disabilities in Hanoi, Deputy of the Mobilization Board for establishment of Associate of young people with disabilities of Vietnam and Assistant of Chairman of Vietnamese Federation on Disabilities (VFD). Mrs. Lan Anh has 10 years experience in project management with projects in PWDs and sustainable earnings for PWDs.

In the 4 years since its formation, Action to the Community Development Center (ACDC) has undertaken several projects and touched many lives. They currently provide free legal advice to people with disabilities, work to empower young people with disabilities and run their Cactus Blooming programme which focuses on reproductive and sexual healthcare, training and manuals for women with disabilities throughout Vietnam. In 2013, Lan Anh received The Female Vision Award is given annually to a woman who, through her own efforts takes an idea and turns it into reality. On 28th November 2014, National Assembly ratified Convention on the rights of persons with disabilities, which ACDC played an important role in its advocacy.