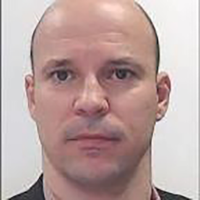 Mr. Máté Gergely graduated from the ELTE University of Budapest as Doctor of Law in 1997. He started his career in a law firm in Budapest, where he worked on the implementation of the European Union (EU) aviation law in view of Hungary’s accession to the EU. In 2000, Mr. Gergely became an advisor in the Prime Minister’s Office and in the Cabinet of the Minister of Transport before joining MVM Power Companies as legal counsel. He returned to aviation as legal counsel at Malév, the national airline of Hungary, in 2001.

In 2003, he joined the European Commission’s Directorate-General for Transport (now DG MOVE) in the area of international aviation negotiations (e.g., US, Canada, Balkan States) and the regulation of the EU internal air transport market (Regulation 1008/2008). In 2010, he returned to Hungary to serve as Director General of Civil Aviation responsible for international relations, policy-making and law. Between 2012 and 2018, he worked again in DG MOVE in international aviation relations. From 2018 to 2020, Mr. Gergely was a senior expert in economic regulation at the International Civil Aviation Organization. Since 2020, he has worked in the Aviation Security Unit of DG MOVE as secretary to the EU Aviation Security Committee, and dealing with international relations and cybersecurity.