Cleaning the Air and Cleaning Our Health 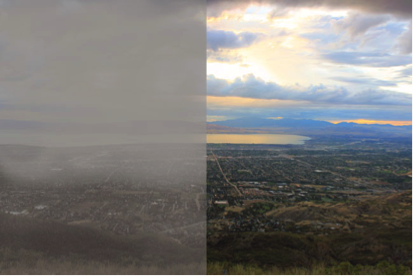 Ever paid attention to the black smoke rising out of the stack pipe of a transport truck? Caught that unmistakable hydrocarbon smell that goes along with it? Transportation of people and their goods is a major culprit for deteriorating the quality of our air. And it doesn’t stop there. A long list of other activities, such as heating our homes, electricity generation at power plants, agriculture, and construction of buildings and roads, contributes to ambient air pollution. Because of the wide range of activities responsible and the complex pathways between what is emitted and what we are exposed to, air pollution is a major challenge for environmental managers. 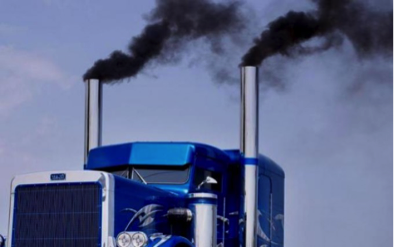 Why all the fuss over air pollution? Well, for a long time, the fields of toxicology and epidemiology have provided evidence that our health is negatively affected by air pollution. Exposure to ambient particulate matter (PM) and ozone carries risks of premature death and illness, both in the short and long-term. In Canada, evidence also exists that NO2 is an important risk factor for death. Collectively, data from these fields are used to support environmental policies to protect public health. Policies have been developed that limit the levels of pollution in ambient air, such as the Canadian Ambient Air Quality Standards (CAAQS) for PM and ozone set by Environment Canada. Other policies that directly limit emissions at their source have also been set, such as vehicle emission standards that limit tailpipe emissions in Canada. 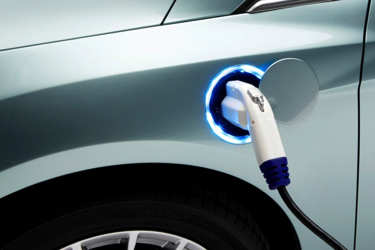 Imagine a world where we don’t need vehicle emission standards because cars don’t have tailpipes. Imagine a world where energy is renewable and non-polluting. Imagine a cleaner environment. It seems nearly impossible to achieve, right? Well, it may not be as far away as we think. Emissions of pollutants in North America have been on the decline over the past few decades thanks to stricter environmental policies. Take, for example, NOx emissions [nitrogen oxide (NO) + nitrogen dioxide (NO2)] produced in combustion of fuels, such as from power plants or motor vehicles. NOx undergoes changes in the atmosphere before affecting the air we breathe and has the potential to form PM. NOx is also a major contributor to NO2 and ozone (O3) in the air we breathe – both powerful oxidants in the human body. Since 1990, according to Environment Canada, Canada’s NOx emissions have declined roughly 28% as a result of policies to clean exhaust from vehicles and power plants. The result has been a steady decline in ozone and NO2 and an overall improvement in air quality.

Clearly, if exposure to air pollution affects our health, then as policies become stricter, the health of Canadians benefits. But just how much does society benefit? And how far should policies go before they are sufficient?
Last year, our research team at Carleton University sought to answer these questions. Our findings challenged a fundamental and long-held view in environmental economics – the law of diminishing returns. According to this law, we should strive only to reduce our emissions by so much, because the benefit of further efforts to reduce emissions diminishes the more and more we reduce. At some point, our efforts to achieve better air quality no longer make sense financially: it costs more to clean the air than it benefits society. But in a study published in 2015, we instead found quite the opposite: the cleaner the air gets, the larger the benefit of reducing our emissions a little bit more. In other words, the less and less we emit, the more effective the next ton of emission control is at reducing ozone pollution. For more, see the blog on Air Pollution: The Law of Diminishing Returns? 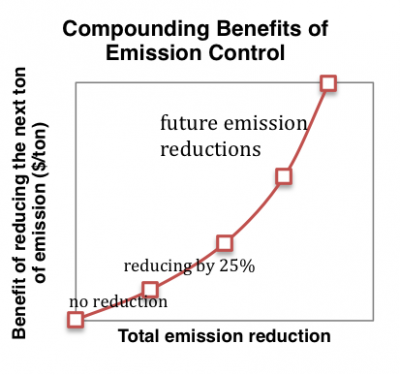 So why do our findings differ from the conventional view? Atmospheric chemistry dictates compounding benefits for pollutants like ozone that are formed through chemical reactions rather than being emitted directly. It tells us how things move and transform in the atmosphere up to the point where we are exposed. But there is another part to this story. How does the human body respond to pollution it is exposed to? Does the body’s response argue for compounding benefits or diminishing returns?

Characterizing the dose-response curve between pollutants like PM or NO2 and mortality gives us insight into these questions. Epidemiologists have believed for a long time that the dose-response relationship between exposure and mortality is linear. In other words, in an already pristine environment, making the air a little bit cleaner yields the same reduction in risk as if we cleaned a dirty environment by the same amount. We would get the same benefits to health regardless of how clean the air is initially, as long as we clean it by a comparable amount. But with large cohorts tracking millions of people and their health status over time, epidemiologists now have the power to better delineate the true dose-response relationship. And more and more, studies are finding that the assumed linear relationship may just not be the case. Studies in Canada, such as the Canadian Census, Environment, and Health Cohort (CanCHEC) study have instead found non-linear dose-response relationships for the pollutants NO2 and PM and mortality. This alternative form of dose-response curve implies that people become more sensitive to pollution as the air becomes cleaner. Or alternatively, if we continue cleaning the atmosphere by progressively reducing our emissions, we get larger and larger reductions in health risks for each small improvement in air quality. The next unit of improved air quality yields more benefit than the previous unit. Sound familiar? 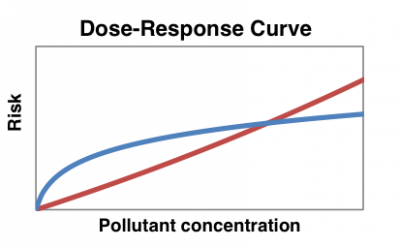 In a newer research project, we worked collaboratively with experts at Health Canada to examine the policy implications of this newer, non-linear form of dose-response relationship. We linked data from CanCHEC with engineered models that track the movement and transformation of air pollutants in the atmosphere from the time they are emitted. The result? A comprehensive set of information that gives insight into how the health of Canadians is directly affected by pollution emitted at its source, whether from the tailpipe of a car or the stack of a power plant.

Our findings indicate that reducing emissions of NOx brings health benefits of up to $1,400,000 per ton of emission. Where does this benefit come from? When we reduce NOx, NO2 in ambient air immediately decreases, and NO2 is linked to death. But this is just part of the story. With the new, non-linear dose-response model found in CanCHEC, the benefits of reducing emissions increase dramatically as policies become more stringent. With Canada-wide reductions in emissions from all sources, the benefits of reducing each additional ton of emission can grow by 3 or more times. And the benefits are, more often than not, larger than what we would have predicted based on the traditional, linear dose-response curve.

In light of these increasing benefits, we might wonder how much it actually costs to reduce emissions. We have to change our technologies, and even our behaviours, to bring about these changes. So what is the price tag? Well, the answer may not be straightforward. Such costs vary with the type of source (such as vehicles and power plants), and even more so from one place to another. But, on average, the cost of reducing 1 ton of NOx from industrial stacks can be anywhere from a few hundred dollars to a few thousand. And the costs of reducing the next ton will rise nonlinearly with stricter and stricter policies.

So, is it worth paying? Even without precise estimates of these costs, benefits clearly outweigh the costs by at least an order of magnitude. And even if costs rise as we move towards a cleaner environment, so do the benefits. It’s a race between benefits and costs and the point at which one catches the other may be much farther away than we thought previously.

The intersection of atmospheric science, epidemiology, and economics is a rapidly advancing niche of research. And one thing is clear: whether you approach this problem from an atmospheric science angle or an epidemiology one, we are finding that we ought to be doing more to emit less. Our policies ought to be stricter. We ought to take better control of our environment and our health.