Floating Down an Interoceptive Pathway

I’ve grown accustomed to the constant interruption of a ping from a text message, a lit screen from an email, a vibration from an incoming call. A tweet, a notification, an update. Facebook, Instagram, family, colleagues, employers. This state of connectivity creating a constant cascade of events in my brain, and a constant state of stress. Of distraction. And now, I find myself at the figurative fork in my future’s path. Up ahead, a variety of paths, with no clear, single, obvious choice. School, profession, travel. Family success, academic success, athletic success. Trying to figure out a way to walk them all, simultaneously, as the fear of mis-choosing is overwhelming. I’ve distracted myself for as long as I can, but with a nearing end, it’s beyond time to explore these paths, and pick only one.

Striving for a quiet, undistracted mind, to think, and reflect. A quiet moment. It’s more like a meditative tool, they say, showing studies that have used EEG devices to measure brain waves, and ongoing measures using fMRI to image brain activity. The literature reassure me that my parasympathetic nervous system activity will lower… heart rate, blood pressure, respiratory frequency. That it’ll decrease activity in my amygdala. Flotation therapy; floating; sensory deprivation; Restricted Environmental Stimulation Therapy. Lying in an isolation tank that’s filled with a salt-water solution; designed for minimal sensory input, claiming to have a wide-range of health benefits and applications for health and well-being.

And so, one night after a long, consuming day, I give it my best attempt. Floating, in the dark. Suspended in lukewarm water. Over 900 lbs of salt. Untouched by gravity. Uninterrupted by sound. Unstimulated by light. By smell. By any touch. In that tank, it was just me and my interoceptive self.

A little bit of pressure between my index finger and thumb on each hand. Breathe in, and breathe out. An up-turned corner on the right side of my mouth. This is ridiculous. Breathe in and out. And I start to look at the paths growing from my figurative fork.

“I saw my life branching out before me like the green fig tree in the story. From the tip of every branch, like a fat purple fig, a wonderful future beckoned and winked.”

I start to think back. Along with many other teens my age, I remember feeling overwhelmed by all the questions that I needed answered then. Four years in high school were plagued with more choices and decisions than my parents ever knew. Identity development, and character confirmation. Like so many others, depressed or sad, tired and lethargic, skipping meals due to stress, oblivious to the impacts on my physical health. Constant decision-making and complex relationships, I was greeted at the end of high school by my first pile of questions—who do you aspire to be? Where do you want to go? What are your interests? Show me your potential. Your strength. Show me who you are becoming. What’s your next step? This isn’t the first time I’ve stood at the head of this fork.

“One fig was a husband and a happy home and children,…” 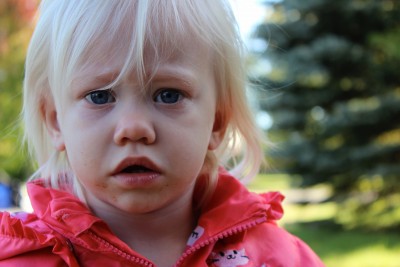 Watching her with awe, she picked her fig with such confidence, like it was the only one she could see. That she wanted to see: a four-year degree, a house in the suburbs, a husband, and three small children. I remember watching her with jealousy, as that fig was so full, and so delicious. She didn’t show a single stutter, or regret. But as I continued to watch her indulge, the bites looked a little less delicious than they once did. Growing debt. Professional political changes. Logistical constraints. A juice-less bite, and then a worm and a scab. Every now and then, I think I see her glimpsing at all the figs that had once bloomed alongside hers, now rotting on the ground.

I swallow, and feel the growing lump in my throat. I don’t want to mis-choose. Regret. Focus again on the pressure between my fingers and thumbs. Minimize my mind tangents. I can feel my breathing pattern, decrease. My heart rate, decrease. My blood pressure, decrease. A physiological state of relaxation.

Since the beginning, watching them when I first woke up, and last before bed, every day for 18-years. But soon they were gone before I would wake, and I quickly learnt that you had to work hard to play… well, when there’s a natural lull in work, and available vacation time. It became apparent that occupational stress can be in any profession. Excessive bureaucracy, inopportunity to learn, and work-family conflict, inadequate information flow, onerous paperwork, and excessive workload—it will be there, written into every word on every page, behind every long hallway corner, waking up with the morning alarm, and laying down under the evening covers.

“…another fig was a brilliant professor…” 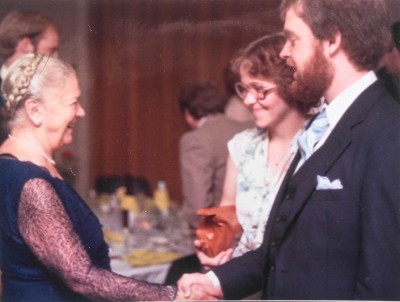 He has over 105 published refereed journal articles, and 75 protected reports. The appointed Director, with expertise in specialized facilities. He enables industrial research in aerospace, automotive, oil and gas, defense, nuclear energy, primary metal production. He picked his fig a long time ago, without even looking or considering any others. It was pruned by him, for him, simply falling naturally into his hands. But after years of leaving before the house woke up, and returning after the street lights came on, I wonder, if he’s now wishing that he had at least looked at the other figs. Trading a good sleep for a project’s head start, working extra weekends, sacrificing means of relaxation or restoration for an exciting academic opportunity—in his later years, does he still feel successful?

Fingers to thumbs, and I try to figure out how to describe this feeling. Relax the muscles in my neck fully, and my nose, my eyes, my mouth, stay completely above the water. I focus all my attention on my lungs, feeling as they grow with the inhale, and deflate with the exhale. Now my shoulders: their shape, their feel. What portion is submerged in the water? Are they relaxed? My hands, my palms, the tips of my fingers. Breathing into each one. In this moment, are they still warm, or have they cooled down? A shiver across my body.

I’ve heard many stories and many perspectives. Stories of success that are interwoven with a tone of reflected regret. He told me once, that a certain level of stress can be beneficial; upping adrenaline, and increasing focus. He thrived on it. But his furrowed brow told me that the sustained anxiety was certainly nothing he wanted to relive.

“…another fig was an Olympic lady crew champion,” 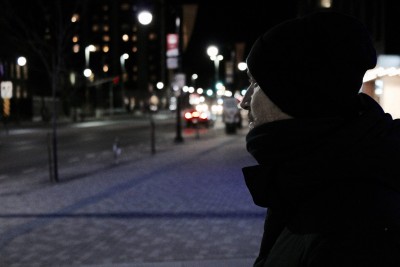 Scouted at age 9. Starting with the Red Star, then off to Radnicki Belgrade till age 16. Then Vozdovac, then the UK. Local clubs, PE teacher, Chelsea Football Club, the Academy, and then a torn quad. He tried to keep going, but just couldn’t show his full capabilities. And so that was the end of it. Coaching was the obvious transition, with courses and internships in Brazil, Spain, Italy, and now Canada. Player competition, employer pressure, long tours away from home, big game stress. His fig of athletic fame and success was consumed long ago, and now he finds himself prolonging its life through coaching. Still young; I wonder which figs he gave up and sacrificed, only to have fully indulged his by age 44.

In this tank, I’m weightless; my sensory inputs completely deprived. I move my body slightly, as if towards a “C” shape. The no-gravity sensation, a complete novelty.

“…beyond and above these figs were many more figs I couldn’t quite make out. I saw myself sitting in the crotch of this fig tree, starving to death, just because I couldn’t make up my mind which of the figs I would choose.”

I think about the mother, living in the suburbs. Despite looking around at other withered figs, she is happy, and she is loved. She is still growing. I think about the academic, well-published but disconnected. He accomplished his goals; he impacted academic research, and influenced lives for those he’s never met and for those of four young children. I think about the athletic professional, with a short athletic career. He wrote a story filled with adventure, spanning across exotic countries. All players in my head followed a path that was once just a dream. They picked a fig, and pursued it to exhaustion. And now, at different stages, they all have an opportunity to pick again. Some figs are gone, but others persist; new opportunities, adventures, lessons, hardships. But their first fig… they all picked the fig that they loved the most at that time.

My timer beeps, and I open my eyes. In deciding which fig to pluck, Sylvia Plath’s character was misled; it’s never been the stress of choosing which path, it’s the stress of missing out on the others. About committing to one fig, and proudly plucking it. I can’t attest to having a psychedelic, hallucinogenic vision, nor do I believe that I’m leaving the with a sense of peace or connectedness. A meditative tool though, yes. Minimal sensory input into my nervous system though, yes. Undistracted and uninterrupted.

When I need to, I will know where to take my first step. Which fig to pluck. I know now, just like I knew last week, like I knew last month. But until then, those thoughts, explorations, and decisions will stay on my uninterrupted interoceptive pathway, inside the tank.