Home / News / Michael Gerson on the ONE Campaign

Michael Gerson on the ONE Campaign 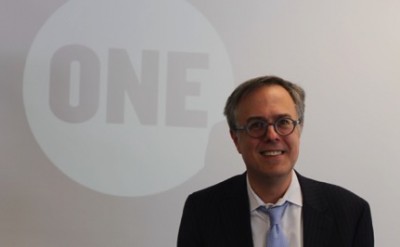 “You will find that the people you are trying to help have more to offer you than you could possibly offer them. My involvement with these issues changed my life,” Michael Gerson, February 26th, 2016

By Courtney Buchanan, School of Journalism and Communication

Michael Gerson, a Washington Post Columnist and former speech writer for George W. Bush, gave a powerful presentation on Friday, February 26th at Carleton University regarding the ONE campaign and its goal of ending extreme poverty and preventable diseases. As a Senior Advisor at ONE, Michael Gerson conveyed how the organization has impacted his own life in hopes that he would inspire and persuade Canadians to join the fight against extreme poverty. 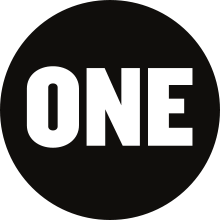 ONE is an international campaign and non-partisan advocacy organization. Their mission: to end extreme poverty and combat preventable diseases, particularly in Africa. ONE consists of more than 7 million members worldwide who are working together to raise public awareness and combat AIDS and preventable diseases with the assistance and support of political leaders. The organization advocates and campaigns for government funds to contribute to AIDS relief programs such as PEPFAR, located in the US.

There are currently 36.9 million people worldwide living with HIV/AIDS. The efforts and goals of ONE are critical to the global issue of health and these goals are achievable given the right funding and support. Fighting disease, ending the cycle of poverty, empowering women in places like Africa and engaging communities are all reachable and top priority goals of ONE. When asked about how to assist or get involved with the campaign Michael responded, “The greatest thing about ONE is that it does not want your donations. ONE wants your voice!”

In an effort to expand, ONE has opened an office in Canada based here at Carleton, in partnership with the social innovation hub 1125@Carleton. Stuart Hickox, the Director of ONE Canada, is currently working to build a team of committed members to join and take part in the campaign. “Our success in Canada going forward will be dependent on how well we are able to harness the ideas and enthusiasm and commitment of people like you,” said Hickox. “To helping us expand across the country to make sure our politicians understand that ending extreme poverty should be a top priority for this government and for this country.”

Michael Gerson was first introduced to the global AIDS crisis in the 1990s, when AIDS personally affected his life. “I watched as his life was taken away by AIDS, just a few years before the development of drugs,” said Gerson, describing the death of his college roommate who suffered from the disease in the early 1990s. This experience influenced Michael to become involved with the AIDS crisis and motivated to find ways to help with global health issues.

During his time working at the White House as a key aide and speechwriter for President George W. Bush, Michael Gerson established a relationship with Bono, who was a member of the initial leadership team of ONE. After leaving the White House in 2006, Michael wanted to remain involved with global health initiatives, which led him to becoming involved with the ONE campaign. His work with ONE has allowed him to travel extensively and gain significant hands-on experience in the fight against HIV/AIDS in places such as South Africa. “We would only meet children and their grandparents, an entire intervening generation was just gone,” said Gerson. Michael described how seeing communities affected by AIDS to an extreme extent was such a searing experience and one of the reasons that continues to motivate him and drive his involvement with ONE. 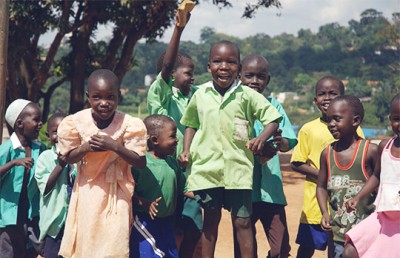 Since the emergence of HIV/AIDS in the 1980s, more than 75 million people have contracted the illness and over 36 million have died from an HIV-related cause. Sub-Saharan Africa alone accounted for approximately 69% of all people living with HIV worldwide. Africa is also home to 88% of the worlds’ Malaria cases, children under the age of five being particularly susceptible to infection. These devastating statistics demonstrate a severe global health epidemic. Through the work and advocacy of organizations such as ONE, statistics now show declining numbers in AIDS cases as well as overall improvement in health in sub-Saharan Africa due to relief efforts and government funding. For example, in 2002 only 50,000 people living in Africa had access to AIDS medication and treatment. Today, more than 9 million people have access to this lifesaving medication. Malaria infection has also been cut by 75% in eight African countries since 2000. The fight against diseases such as HIV/AIDS and Malaria is not over, but progress is being made everyday to help improve the lives of millions of people.

Following the presentation, Rory Jipp, a Masters student at Carleton commented, “I think our generation has a desire to get involved and a desire to help, we have idealism and passion. But I think a lot of it is not knowing where to start, so it’s nice to have this guidance and opportunity.” As mentioned by Stuart Hickox, volunteer opportunities are open to everyone.

ONE Canada is searching for people with idealism, passion and a commitment to helping others. The fight to end extreme poverty and preventable diseases has come a long way in recent years due to advocacy groups such as ONE. Statistics show that extreme poverty has already been cut by 60% and can be virtually eliminated by 2030, if we act now. ONE Canada is currently 150,000 members strong, and is mobilizing to grow in order to reach many new and inspiring goals. ONE Canada is starting a chapter here at Carleton University and hopes to inspire students to join and create change.